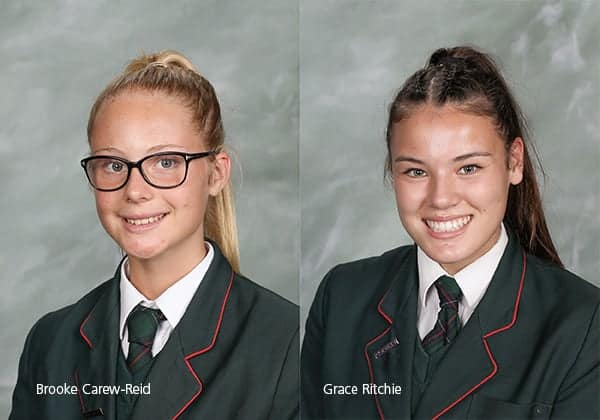 Congratulations to Grace Ritchie and Brooke Carew-Reid who have been selected to represent Western Australia at the School Sport Australia National Championships in Adelaide in December.

This is a great opportunity for these students and is a significant stepping stone in the ultimate achievement of senior and national selection. Well done girls!