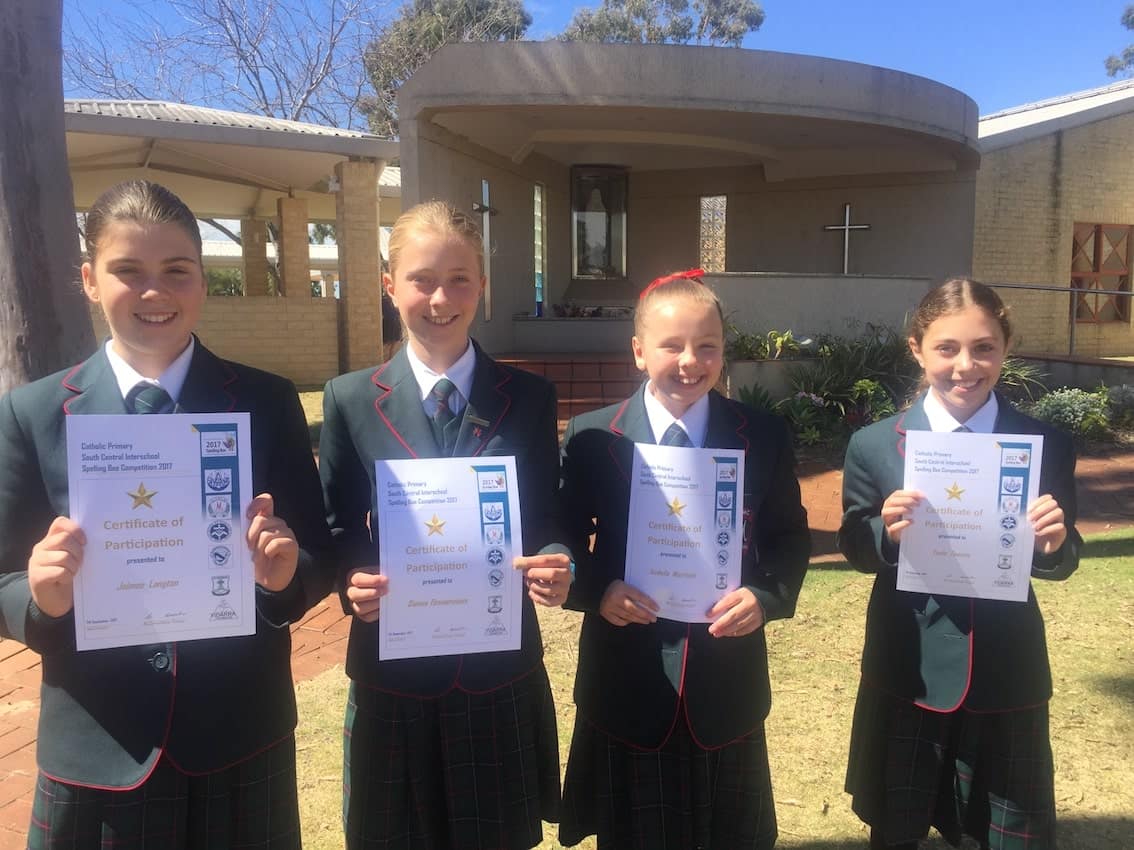 This morning, four students represented Santa Maria at the 2017 South-Central Regional Schools Interschool Spelling Bee. The girls were the top ranked students from a spelling competition held in school and went on to compete today against students from five other primary schools.

Sienna Timmermans (Year 6), Jaimee Langton (Year 6), Isabella Morrison (Year 5) and Tayla Tasovic (Year 5) performed well, standing in front of a crowd to spell difficult words. The girls enjoyed the competitiveness of the event and how challenging the words were. They were fantastic representatives of the College!