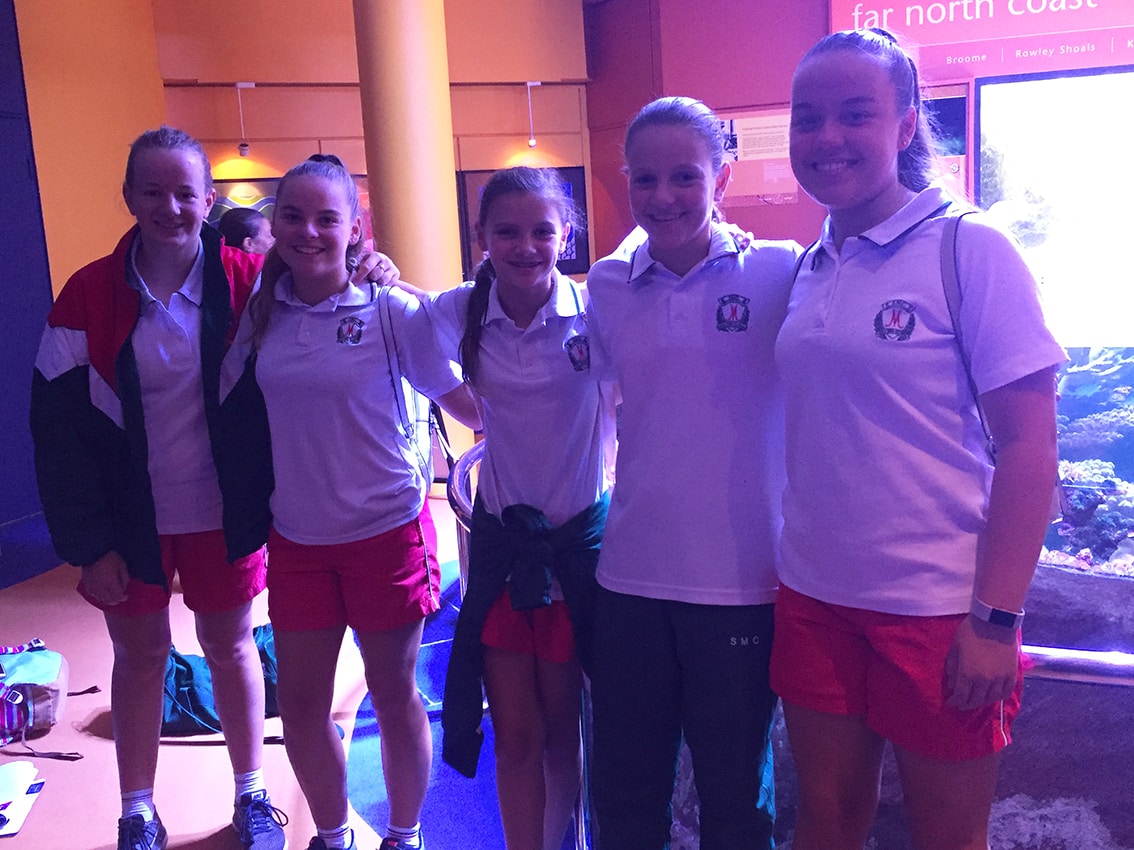 Santa Maria College offers Marine Biology as one of the Science electives. Marine Science is offered to students who have a love of science and are interested in the ocean and all it has to offer.

Last week, our Year 9 Marine Science classes and the Year 12 Integrated Science class enjoyed a visit to AQWA where the girls navigated through the Great Southern Coast, where they saw leafy sea dragons, pineapple fish and old wives. Then on to the Shipwreck Coast to study open fish such as sharks, stingrays and turtles. From here they moved on to the Perth Coast to explore jellyfish, octopus, lobsters, seahorses, stripeys and footballer sweeps. Finally, to the Far North Coast where they looked at baby crocodiles, tropical fish and corals such as the clownfish and blue tang (Nemo and Dory). From here the girls looked at dangerous fish in WA including sea snakes, stonefish, lionfish and the blue-ringed octopus that sometimes inhabit our beaches. The girls finished up at the Marmion Marine Park with its touch pool, coral reef, turtle rehabilitation centre and nursery for baby rays. In the touch pool the girls were able to handle starfish, Port Jackson sharks and sea cucumbers.

The visit introduces the girls to the Marine Science course and includes activities linked to adaptation, classification, conservation, food chains as well as how humans are influencing the oceans in the world. They also did a bit of behavioural observation where they watched the behaviours of the sharks in the marine tank. 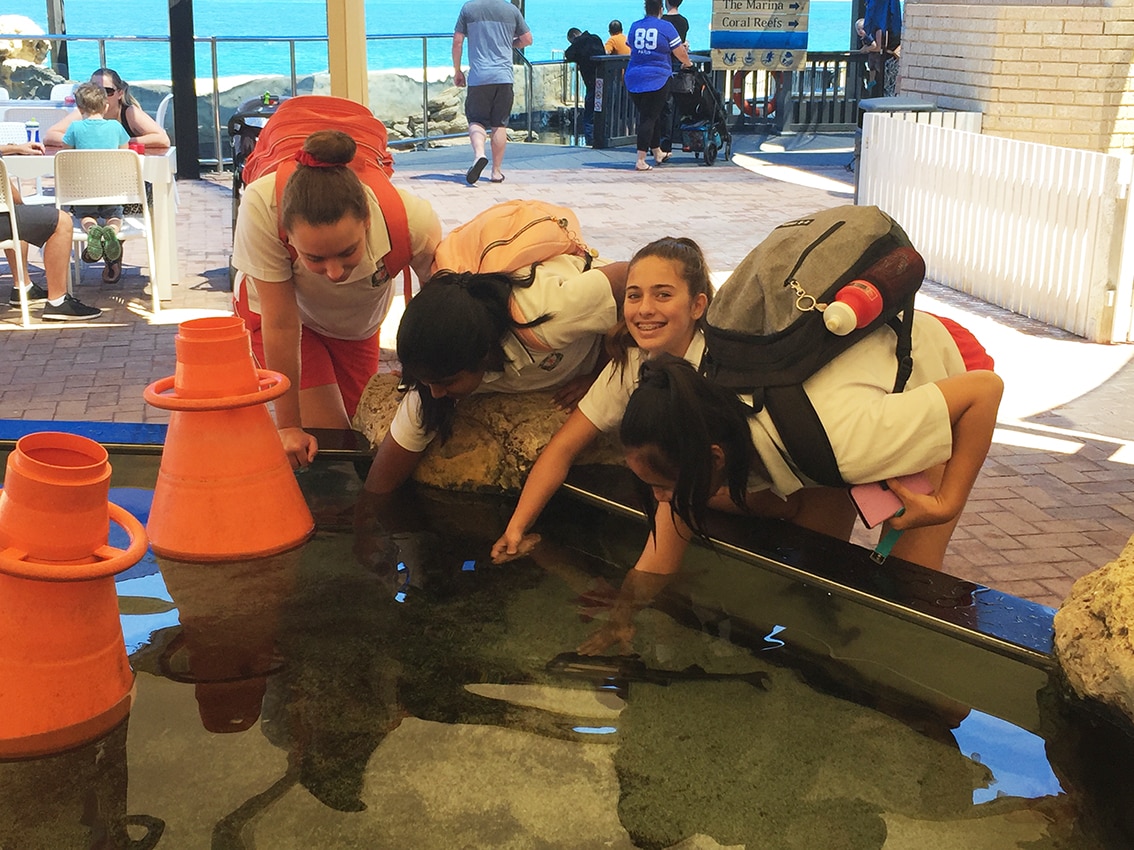 We joined the Year 9 Marine Science class at AQWA last week where we learnt many things about the marine life in the aquarium, saw many sea animals and listened to talks from marine biologists. The excursion was great fun and helpful in expanding my knowledge of marine life.
Meg Vlahov, Year 12

The aquarium contained sea creatures from the coastline of Western Australia and was split into sections so that it was easier to gather information. The friendly staff were very knowledgeable in all areas of Marine Biology and they were happy to answer any of our questions about the marine life. The best part of the day was the touch pool where we could touch the Port Jackson sharks and starfish. The aquarium was very hands on and interactive. We really enjoyed the freedom of this excursion along will all the interesting facts we learnt along the way.
Grace Beeson & Olivia Panton, Year 9

I particularly enjoyed learning about the rescue loggerhead turtles in the rehabilitation pool. These little guys had been picked up along our coastline because they were either tangled in fishing line or had consumed large amounts of plastic, so they float to the surface of the ocean and are unable to dive for fish which also makes them easy prey for other predators. They were looking very happy and the plastic had been passed, so they are very close to being released back into the ocean near Exmouth and Ningaloo.
Ailsa Harris, Head of Science 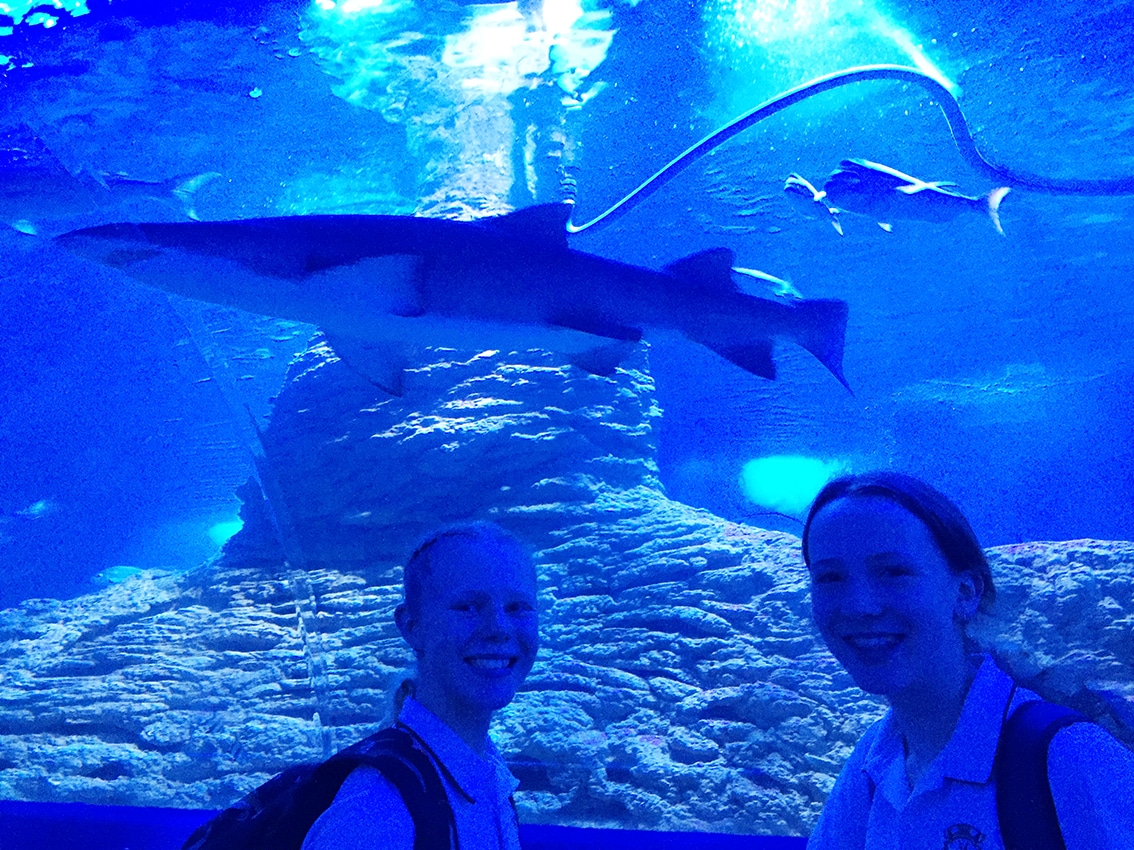 Did you know….
Turtles travel miles to return to the area that they were born in to lay their own eggs. Scientists believe that turtles use the stars in order to navigate back to the area where they were born.

The temperature of the sand affects the sex of the turtle. The perfect beach temperature produces an equal number of male and female offspring. Due to rising temperatures, too many sea turtle females are being born, contributing to the decline in species numbers. 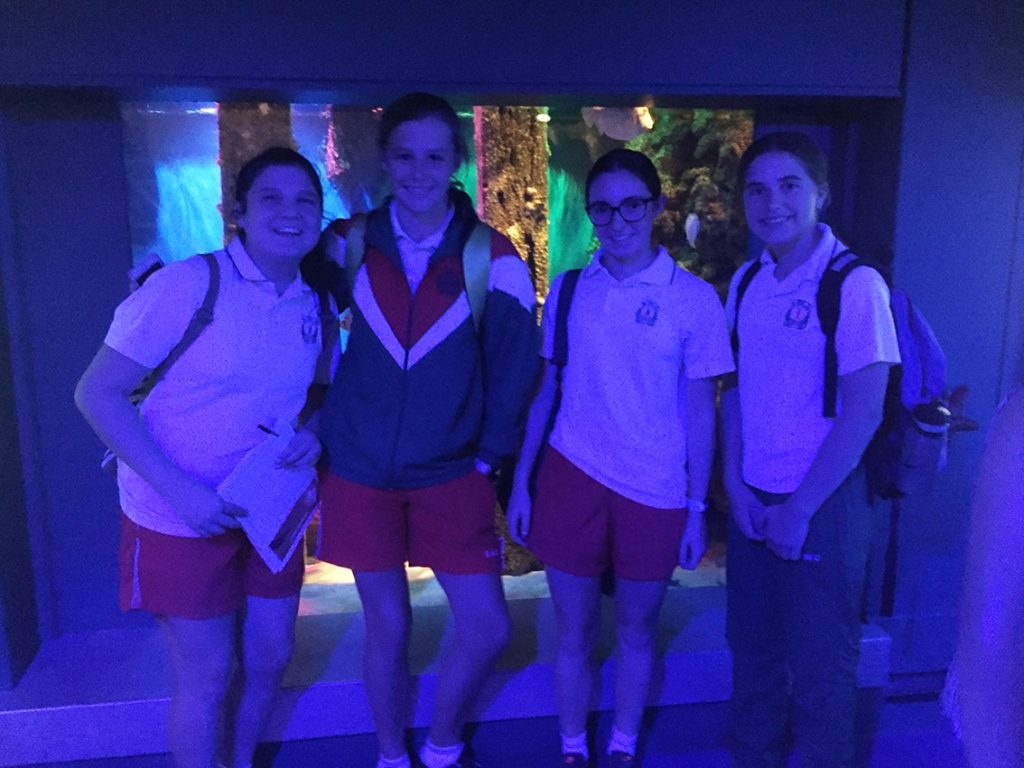