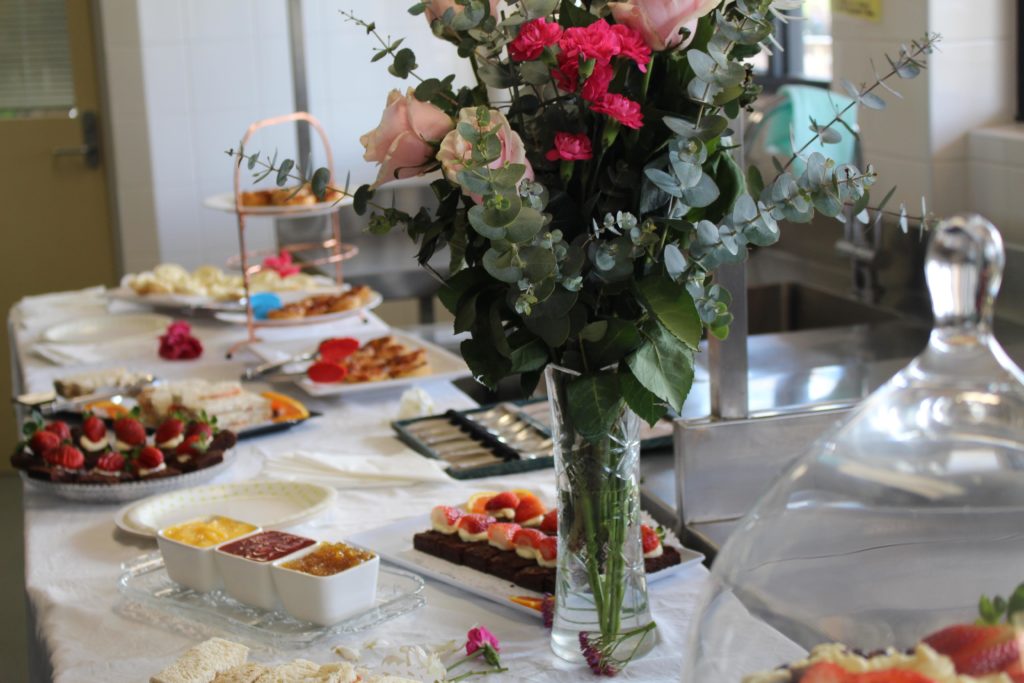 The commercial kitchen took on a different feel last week. Tables were laid out with lace and decorated with flowers and an array of delicious finger food.

This brunch formed part of the practical component of the Year 11 General Food Science & Technology assessment task: Staff Brunch. The girls prepared and made the menu themselves using staple food Ingredients. Each student invited two staff members to come along and enjoy the brunch.

The girls researched, designed and produced the majority of the food items and spent a lesson preparing the presentation for the event.

The girls will be evaluating the task via surveys to staff who attended and evaluation questions. 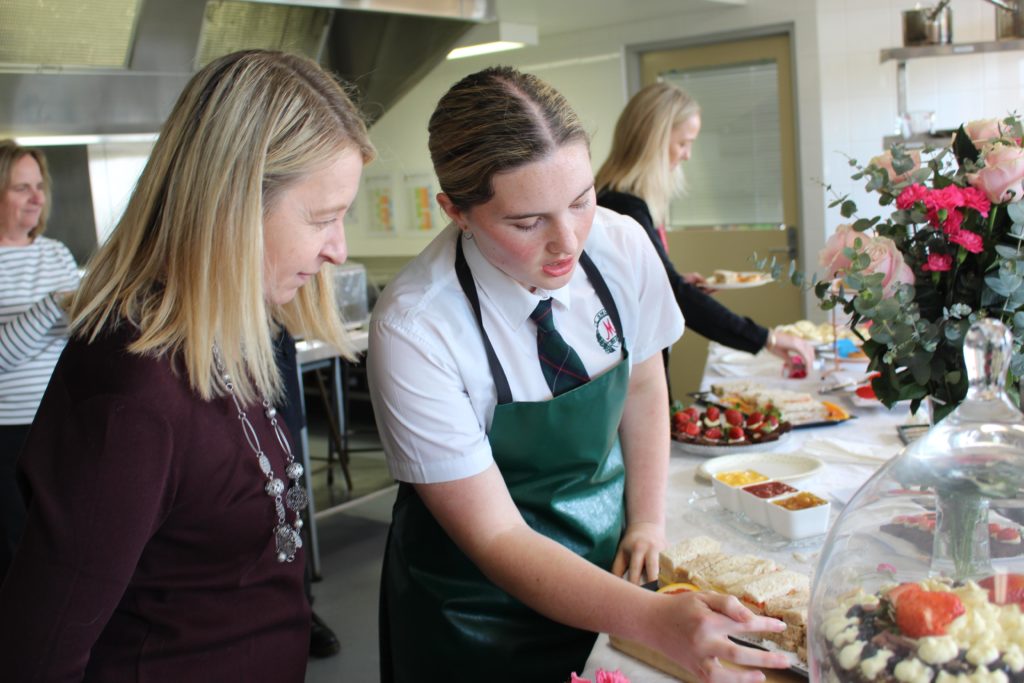 My favourite thing about the vintage brunch was getting to cook and bake delicious food and presenting them professionally to the staff. It was quite scary when the teachers put me on the spot and asked me questions. I eventually warmed up and felt comfortable. I learnt that I need to know more about everything we cooked, even if I didn’t cook that particular food, because I might get asked questions about it. For example, “What’s in this?”, it looks bad if I don’t know the answer. I also learnt how to portion foods like finger sandwiches and brownies, and present them neatly. 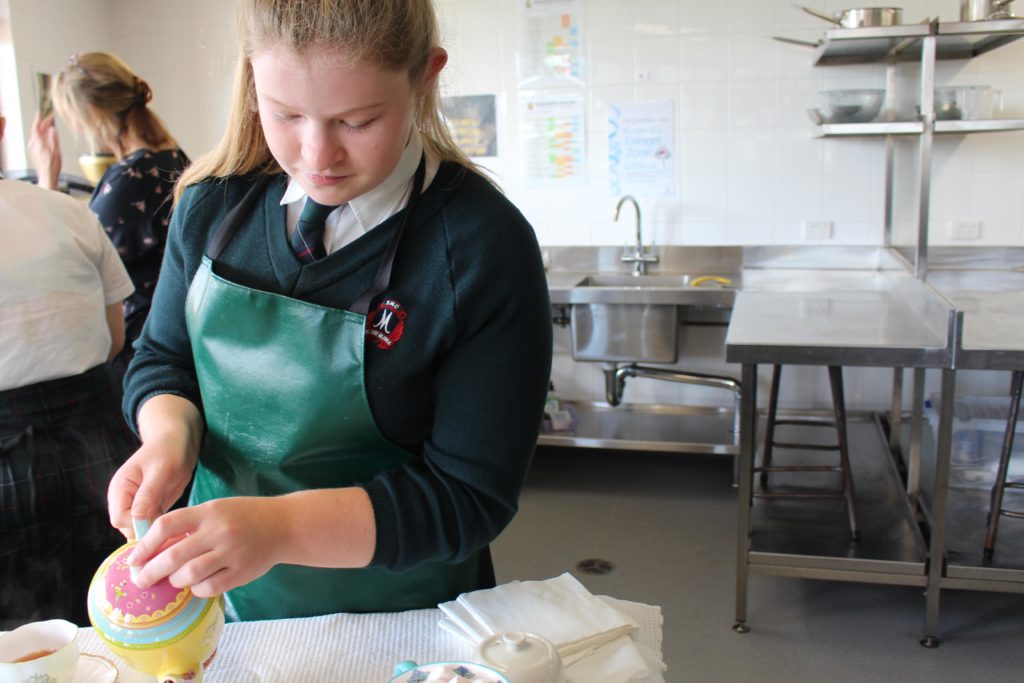 Throughout this task, I enjoyed everything from making the food and decorating the finished products to displaying it on the table. I also enjoyed making coffee for the staff. The thing I found most daunting was asking what drinks the staff would like and making sure that I made the tea and coffee correctly. Something that was also a little bit daunting was picking who I wanted to invite and then asking them if they would like to come. The best part of the task on the day was finishing off the products. It was just such a big relief, which made me feel so good.

Throughout this task, we were learning about the production methods of food. This is basically converting raw ingredients into edible food. Some examples can be slicing, cutting, marinating, boiling, frying and mixing. 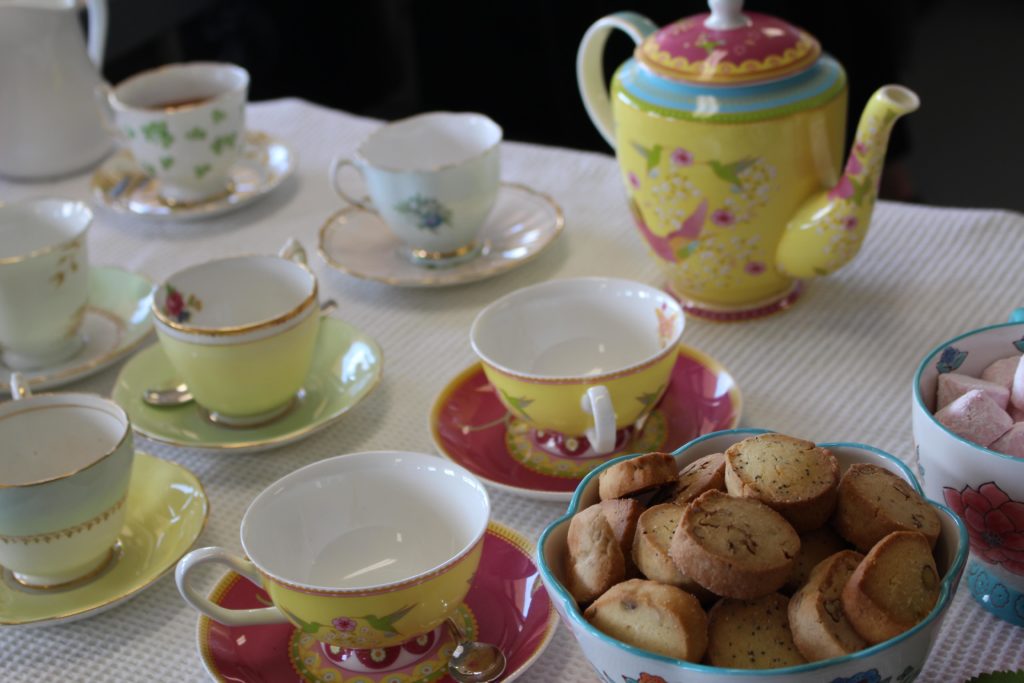