The Year 12 Business Management & Enterprise (BME) ATAR class and the Careers Centre welcomed Tina Kien, a representative from Toyota Australia as part of the Successful Women in Industry Guest Speaker Series. Tina travelled from Sydney to speak to our girls about the Toyota Production System and how it impacts Toyota operations and their cultural values.

Tina talked about her beginning at Toyota after finishing a double major in Science/Commerce at Monash University and how she climbed the ladder of success into the Supply Development Team.

Tina also bought some Japanese culture into the classroom, discussing how Toyota originated in Japan and sharing some of the Japanese language they use across the company to describe productivity in the workplace. Tina described the Toyota Production System (TSP) as a triangle model with three categories: managerial, philosophical and technical, she emphasised the importance of all three and how they create Toyota’s organisational culture. On a curriculum level, Tina’s knowledge provided for a very relevant case study in relation to the BME curriculum in areas of production, quality management and inventory control.

The students who attended, sat in silence as they took in the valuable information Tina had to offer. Tina left them with an important message, she advised them to learn the skill of problem-solving and to take that into the workplace, when they graduate. 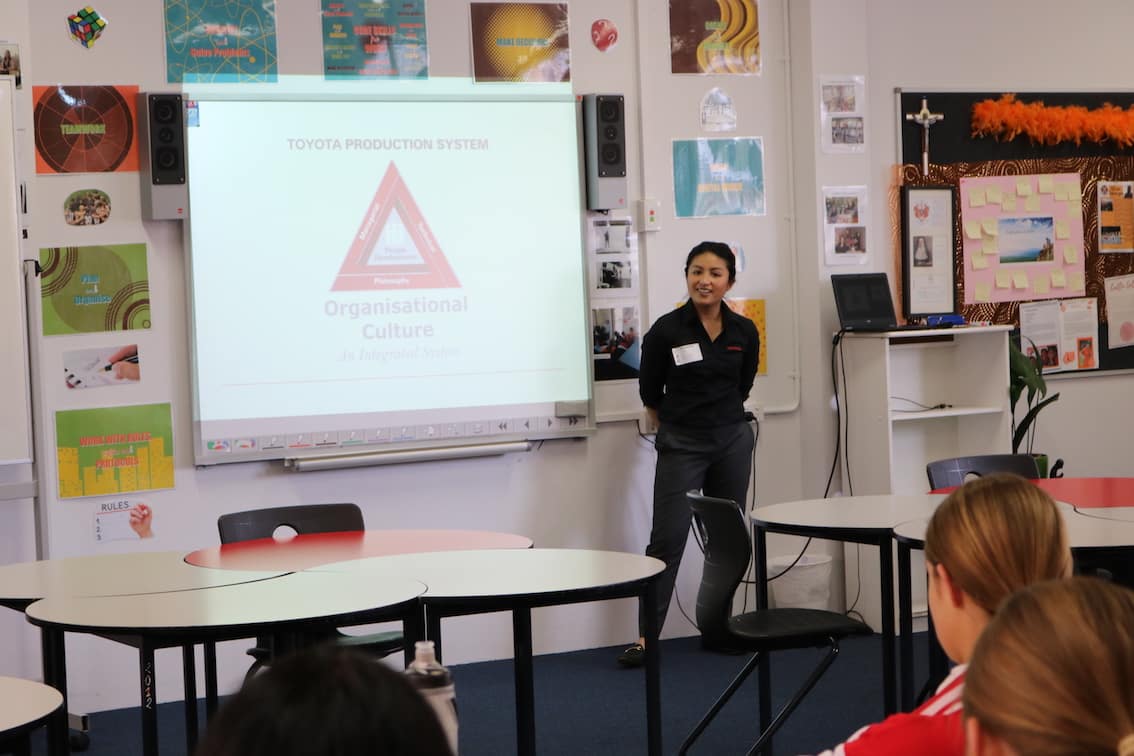