The Upside of Social Media 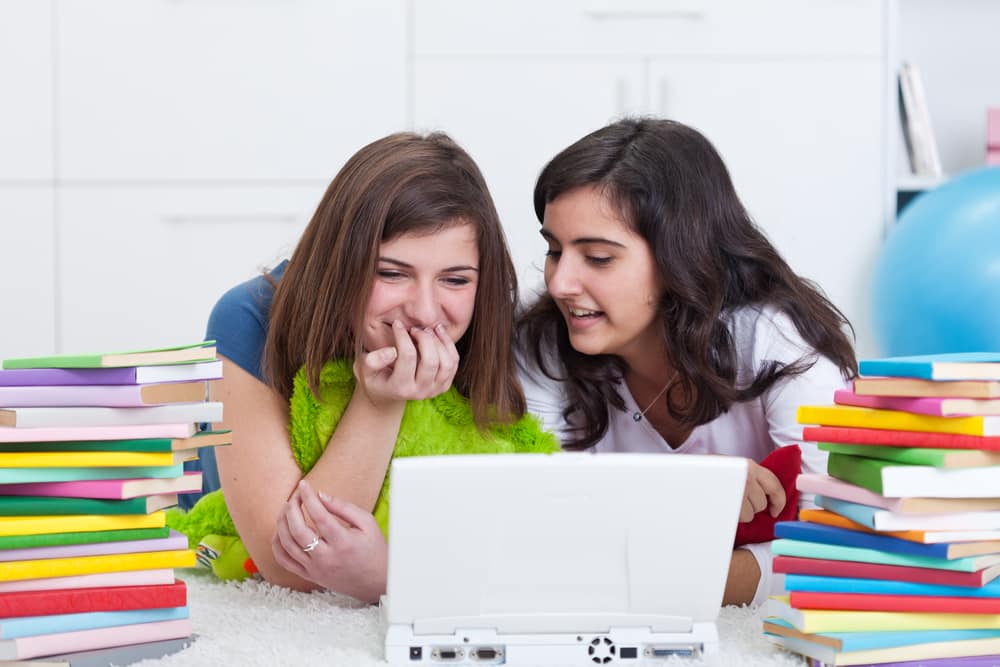 Social media has a very poor reputation. It is often a forum for bullying, fake news and is a poor influence on our mental health and self-esteem. It can be particularly harmful to our tweens and teens. However, there are very few of us who don’t have at least one social media account.

I’ve noticed that when parenting and education experts talk about the problems with social media, they often say things like, “There are lots of good things about social media but….” Or, “I’m not against social media, it’s not all bad.” So, what are the upsides of social media for kids?

What are the positives of social media for our kids?

Social media gives our kids access to a worldwide audience. By nature, adolescents tend to be great social advocates. As their empathy and awareness develop, they start to express their opinions and find their own voice.

In the past students used to write English essays about the issues that concerned them. More creative students wrote poetry and songs that nobody ever heard. Well, now they have an audience. Social media sites such as Instagram, YouTube, and Facebook allow our kids to develop a platform that reaches a real audience in real time. This is immensely powerful.

A great example was the international action taken on 15 March to show politicians how important the issue of climate change is to our youth. Thousands of school-age children from around Australia and the world attended rallies in peaceful protest.

The power of that protest was generated by social media. Speeches were shared from state to state, country to country, organisation was conducted in the social media space and the world’s news accessed footage and information from carefully curated and savvy social media minds. It was powerful.

Poetry, photography, music, film, blogging, you name it. Anybody can produce content quickly and easily with the tools available to us in the 21st century. Just as easily we can share content with the world on social media.

Our kids have the opportunity to share their work with a real audience and receive feedback quickly and honestly. Sometimes a bit too honestly. It takes a thick skin to share your creativity on social media, but it can also be very rewarding.

Whereas in the past, children would seldom be seen and acknowledged in the mainstream media and publishing, now kids are breaking new ground. Look at the number of recording artists who have honed their skills with an online audience.

On a personal level, many parents are amazed when they find out how talented their kids really are via social media. The New York Times recently published an article titled, Rediscovering My Daughter Through Instagram. It beautifully tells the story of a mum who discovers her daughter’s incredible talent for photography via social media and how their relationship grows from there.

Social media is a wonderful opportunity for many students who feel disconnected from their peers due to illness or disability. On social media these kids can find one another, share their lives and bond. This is especially evident in the disabled community. Social media gives these students a voice that is not limited by their physicality. It is very empowering. It also serves to destigmatise difference for the wider community.

Some social media exists purely for the use of kids with illness. Jacqueline Hart-Ibrahim is the CEO for the Starlight Children’s Foundation, she started a private social network in 1995. It was a safe, moderated ‘room’ where kids could connect and ask questions anytime, anywhere. The site, called Starbright World was co-founded by Steven Speilberg.

That said, I feel it would be irresponsible to recommend social media as a good connection tool for all kids all the time. There is no real substitute for connecting with friends and family in real life.

Most would be surprised at how often social media is used in education. Classes and study groups often have Facebook groups where they collaborate and share resources. Students also collaborate using Facebook messenger. This usually comes about organically and is organised by the students themselves.

Messenger has a free video chat service that older students tend to use to explain concepts and assignments to one another while doing homework. Younger students test each other in preparation for exams and assessments. The temptation is to assume that they are cheating, but that isn’t usually the case. They say if they wanted to cheat it would be easier to just send the answers required. They deserve more credit than we sometimes give them.

With all of this in mind, it is still important to remember that adolescents are still developing their pre-frontal cortex which is the rational, decision-making section of the brain. Consequently, they are often impulsive and may regret their actions on social media. As parents and educators, we cannot ignore our responsibilities in understanding the social media our kids are using and guiding them in this important learning.

There is a responsibility that comes with social media. If your kids don’t understand that, then all the positive aspects listed here simply don’t count. They shouldn’t be on social media