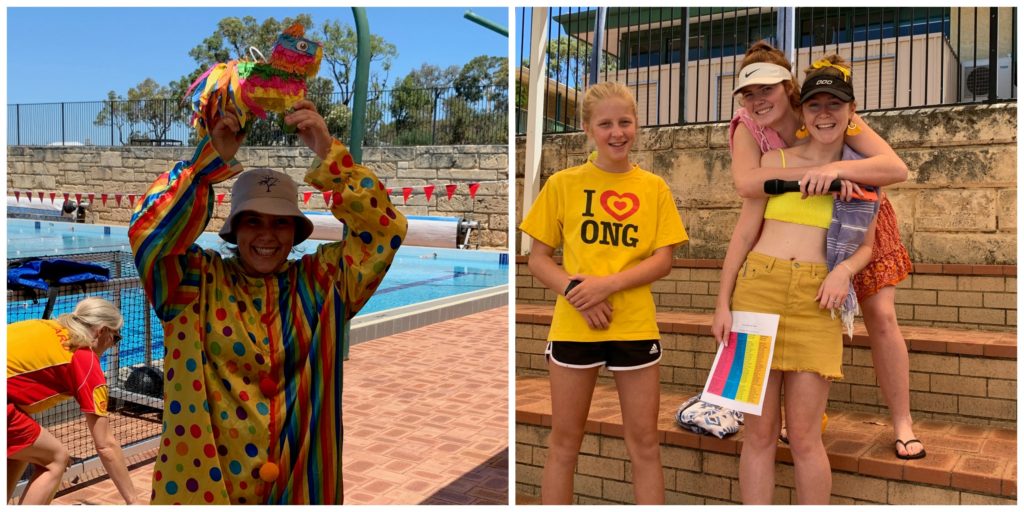 The Tournament of Tribes is a boarding-wide competition between four tribes, held throughout the year. The tribes are made up of boarders from all Year groups and are a mix of girls from different Houses. The Boarding leaders came up with the idea as a way to bring girls from different years and houses together. With boarders living in various Houses, boarding can be a little separate sometimes, so it’s nice to have an opportunity to connect with girls you might not usually connect with. 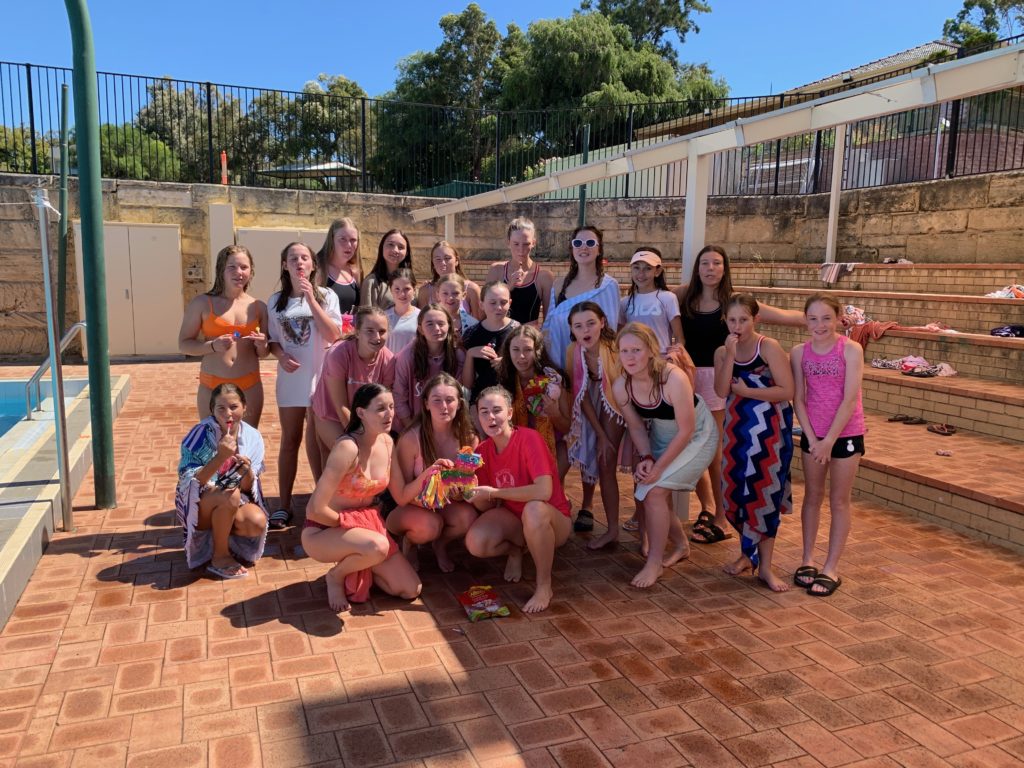 We have four tribes with two warriors (boarding leaders) in each tribe. We had the Pink Koalas, led by warriors Jasmine and Chloe, the Aqua Kangaroos, led by warriors Molly and Rowie, the Yellow Emus, led by warriors Lily and Tayla, and the Orange Dugites, led by warriors Tara and Mackenzie. All of the Tribes were competing to win the ultimate trophy, a colourful piñata called Gerald (who doesn’t have any lollies inside him, unfortunately). An event is planned for each Term, so there’s a chance for every tribe to win Gerald. 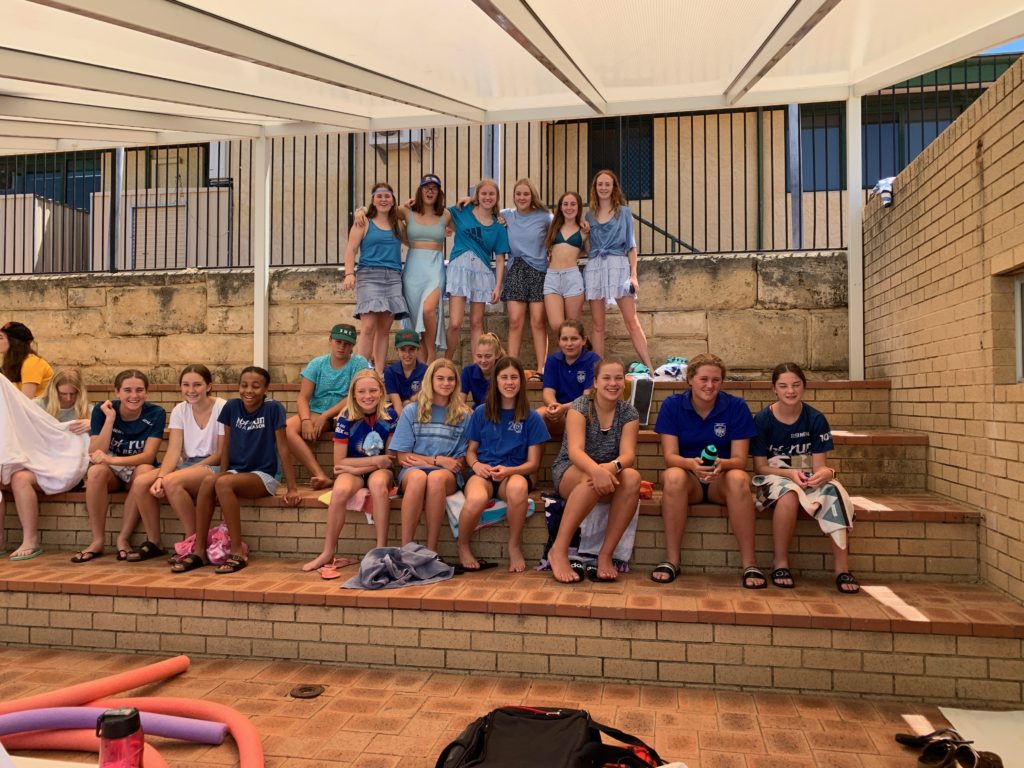 Our first event for the year was a swimming carnival last Sunday. The carnival consisted of novelty events – noodle race, boogie board race, etc., so it was just a bit of fun for the girls. As well as the swimming events, we also had a bombie competition, a dance-off, a cheer off and a best-dressed competition to earn even more points for the Tribes. 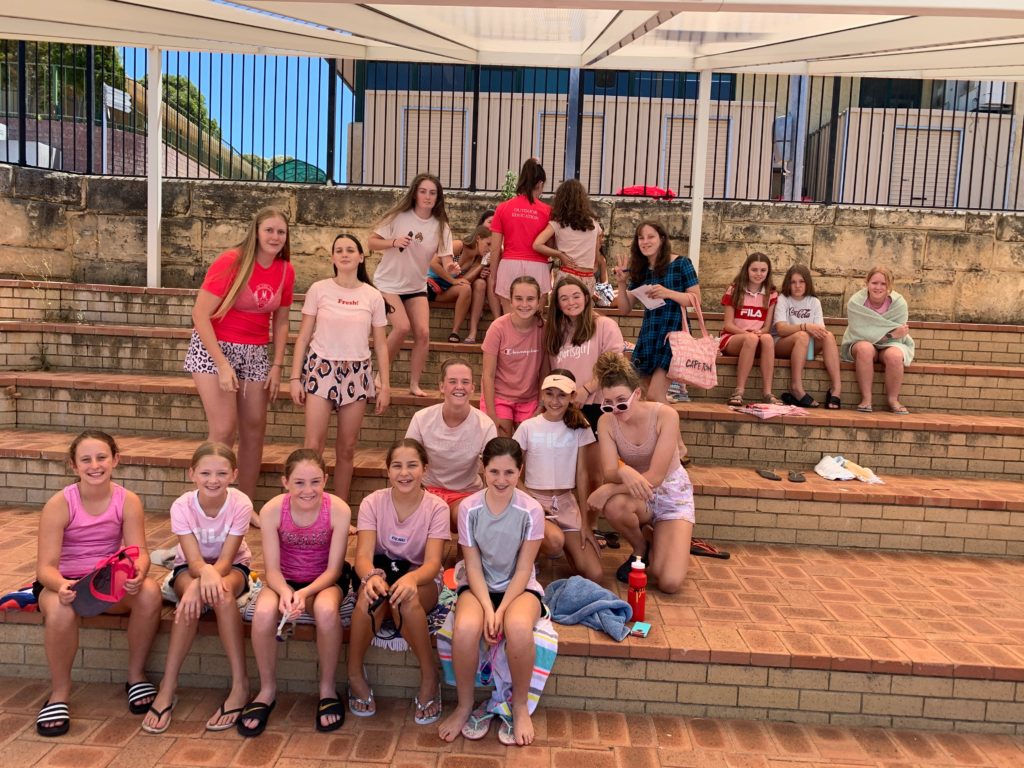 In the end, it was the Pink Koalas who won the day and got to take Gerald back to boarding, victorious. Everyone ended up with a treat though with Mrs Carrmody giving us icy-poles and chips as a congratulatory afternoon tea for those who attended.

It was a very successful first Tournament of the Tribes event, and a fun day for all of the girls who came and joined in.