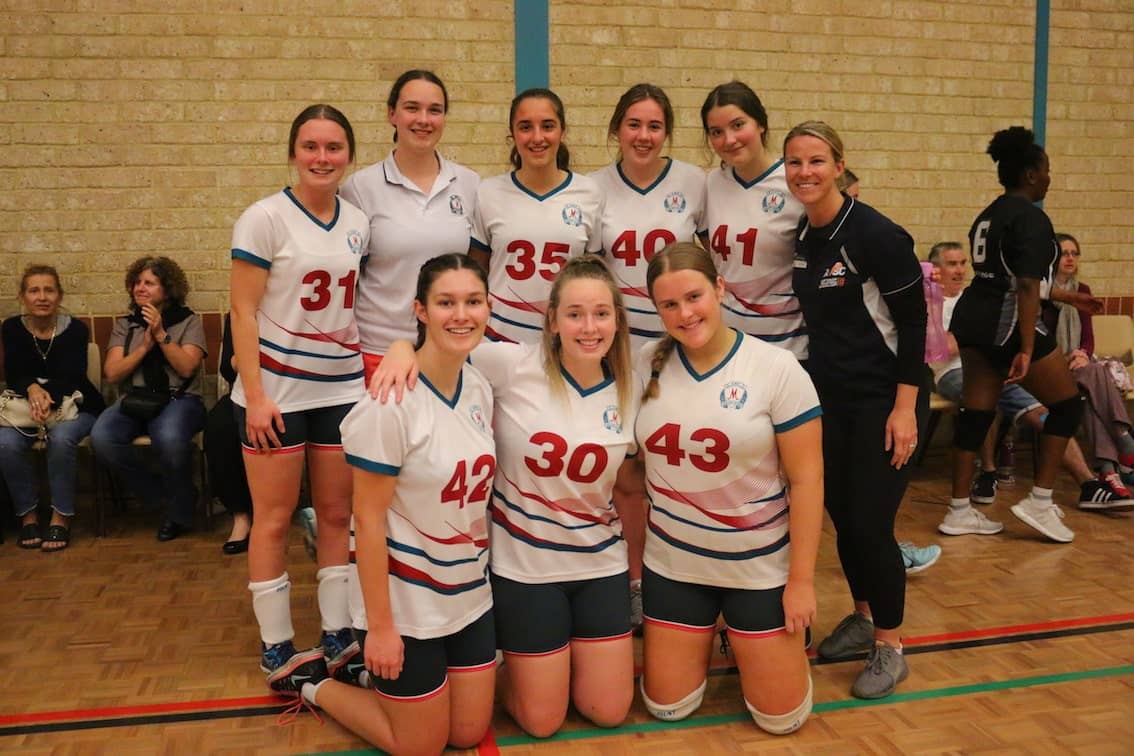 Volleyball is a hugely popular sport at Santa Maria with a large number of girls participating. Last week, a number of our girls competed in the WA Schools’ Cup, the biggest high school volleyball competition in the state.

The team played a total of eight games over two days, as well as refereeing other fixtures. Our athletes were ready for the tough competition and had high hopes of bringing home a medal. This goal was achieved, with the girls winning every game and every set to bring home first place in the Year 11B girls’ competition. Well done girls, you did the College proud.

A special mention to Bronte Ukich who was awarded Most Valuable Player in the competition, an award voted for by the umpires.