What’s Happening in the Holidays? 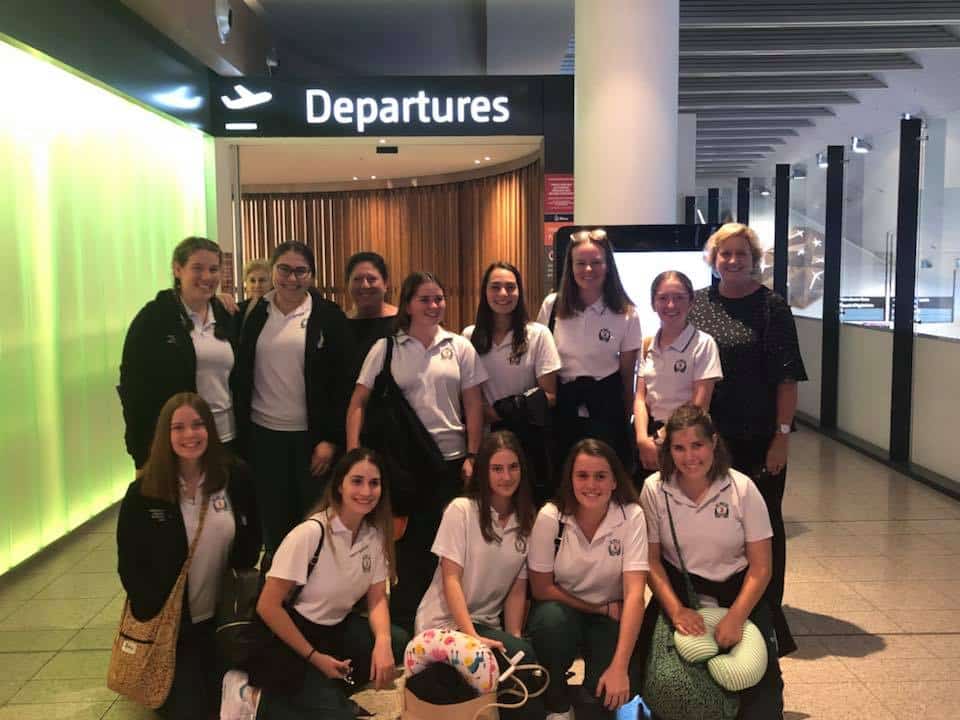 We have a number of tours heading off during the holidays.

The Languages Tour were the first to set off on Monday 9 April, with students and staff heading to Italy on the cultural and study tour. Languages students from Years 10 & 11 are being accompanied by two staff members. They will be visiting Rome, Sorrento, Positano, Pompeii, Orvieto, Florence, Siena, Assisi, Pisa, Venice, Verona and Milan. The tour also includes 16 hours of Italian classes while in Florence, a pasta making course in Orvieto and a trip to the Perugina Chocolate factory.

The Performing Arts Tour sets off this Wednesday 11 April, with Years 11 & 12 Dance and Drama students travelling to New York City.  Students will receive a vast array of opportunities and experiences in the performing arts, visiting a range of Broadway and off Broadway musical and drama performances and participating in several workshops, to develop their performance skills. They will visit landmarks including Radio City Music Hall, Lincoln Centre and Broadway Theatres and famous galleries.

The NASA Tour heads off on Friday 13 April. This tour, for students in Years 11 & 12, focuses on science, mathematics and technology. Highlights include Air and Space Museums in Washington DC and the Udvar Hazy Centre in Dulles, Capitol Building and Moonlight tour of the National monuments, Mt Vernon Estate – George Washington’s home, Challenger and Columbia Memorials at Arlington, Mars Based Challenge at Kennedy Space Centre, Astronaut Training Experience at Kennedy Space Centre, lunch with Astronaut Bob Cenker – Payload specialist on STS-61C mission aboard Columbia, Wizarding World of Harry Potter at Universal’s Islands of Adventure and Magic Kingdom at Disneyworld.

Also heading off on Friday is the Year 9 Canberra Tour. 101 students and 10 staff are travelling to Sydney and Canberra.  They will be exploring the history and culture of Sydney, including a Sydney Harbour Bridge climb and Luna Park, before travelling by road to Canberra to visit various civic, cultural and historical sites in the national capital including Parliament, High Court, National Museum the AIS and other places.

Year 9 Students who are not heading to Canberra are participating in an alternative Civics and Citizenship Excursion to the WA Parliament, the Electoral Education Centre and the Constitutional Centre, also on Friday. This excursion is designed as a complementary experience to the Canberra Trip for those unable to participate in the adventure to the east.

Year 12 Outdoor Education students will also be heading off on their Surf Expedition on Friday. The girls will be travelling to the Margaret River region, camping at Contos and completing a bush walk to their second campsite on a private property in Redgate.

The girls will be participating in five-hour surf sessions each day of the three-day camp. While on the trip, students will be completing a number of practical and written tasks for their General OED Course and a minimal impact assessment for their Certificate II in Outdoor Recreation.

We look forward to hearing about each of these tours in more detail next term and we wish all our travellers a safe trip.