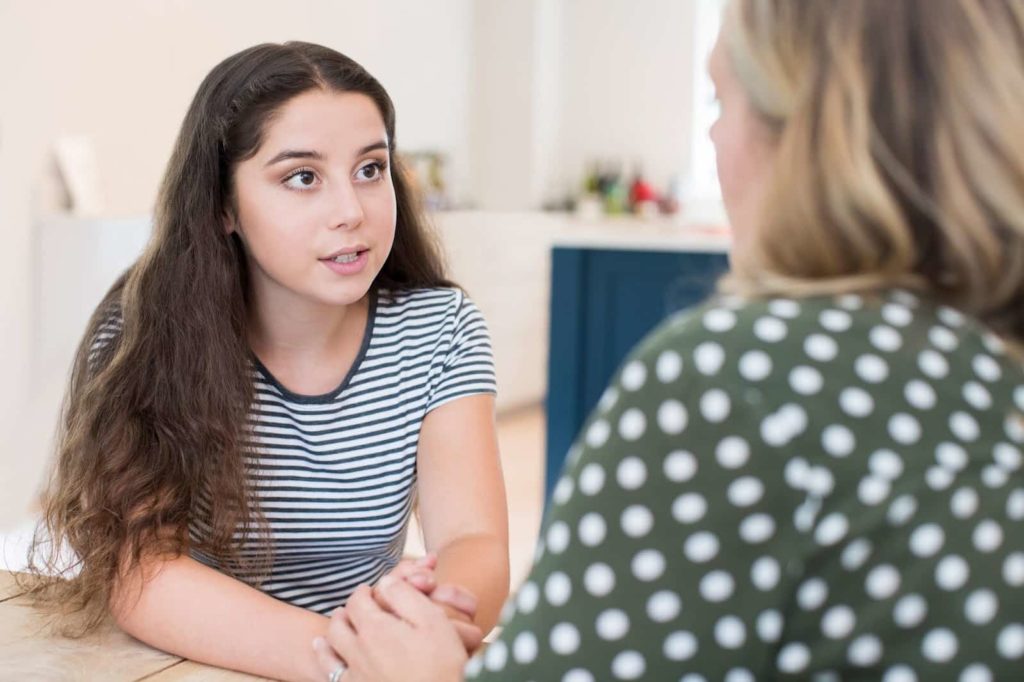 This article is by Paul Dillon. It was first published at DARTA. It is reproduced here with full permissions.

Last week I was approached by two parents who were faced with a similar dilemma – both of their children had told them something in confidence about one of their friends in relation to alcohol or other drug use. One of the parents had actually made the decision to come to my parent session because of the situation and was really struggling to work out what, if anything, she should do with what her son had told her. To protect the identities of all involved I have altered the names and some of the details of the stories but hopefully you’ll get the general idea …

Renee believes she has a good, strong relationship with her 14-year-old son, Angus. They talk a lot and she knows most of his friends, as well as many of their parents. Last weekend, he went to a small gathering and, as always, she picked him and a few other boys up. After she dropped off the last one she could see that Angus was not himself. When she asked him what was wrong, he hesitated for a while but finally divulged that one of his mates had been drinking alcohol at the party (a hip flask full of straight vodka) and became very unwell. Angus had had to look after him and it had freaked him out because he really didn’t know what to do. When Renee asked why he hadn’t taken him to the host parents or called her, he said that he was scared and worried about what the others would say. He also begged her not to say anything to anyone else … With a little more prodding, Renee discovered this wasn’t the first time this young man had done this. She knows his parents reasonably well and wanted to know if she should go against her son’s wishes and tell them what she knew …

Having only recently moved into the area, Natalie was concerned about her 15-year-old daughter, Marissa, fitting into a new school and finding a new peer group. All seemed to be going well, however, with Marissa seeming happy and starting to be invited to parties and gatherings. During the week her daughter approached her, obviously a little distressed and started the conversation off with “You mustn’t say anything to anyone about what I’m going to tell you – do you promise?” Alarm bells went off immediately but she reluctantly agreed. Marissa had just found out that a couple of her new friends were regularly taking ecstasy and she didn’t know what to do about it. She had discovered what was happening when one of them had got very sick the previous weekend and she was left to look after her. She really liked her new group of friends and was quick to point out that it was only a couple of them who were into ‘pills’ (both introduced to them by older boyfriends) but she didn’t know what to do. Natalie was horrified – these girls were only 15! She hadn’t really met any of Marissa’s friends and certainly not their families but didn’t they have the right to know what their daughters were up to?

Before we address these two particular cases, it is important to ask why a teen would decide to tell their parent (or anyone else for that matter) about their concerns around a friend and any potentially dangerous behaviour (and please don’t say – “my child shares everything with me” – I guarantee they don’t! You may have the most wonderful, positive and connected relationship imaginable but they will still have their secrets and keep certain things back …). When it really comes down to it, there are three reasons why a child may share this type of information:

Both of the stories above, however, fit into the first category – both of the teens are obviously deeply worried about the behaviour of a friend or friends. They want guidance and advice. Any parent who has found themselves in a similar situation knows how terribly difficult this can be … your son or daughter has told you something in confidence about one of their friends and their potentially dangerous behaviour and you are now left with this information, not completely sure what to do next. There are usually two questions that go through your head – firstly, would I want to be told if it was my child and secondly, would I be breaking the trust of my own child by sharing information that was told to me in confidence? Although this can be hard, realistically the answers to the two questions are simple – yes, you would certainly want to know and even though you may be breaking your child’s trust, they’re telling you for a reason and in most cases you have no choice but to respond in some way, usually by telling someone else about your concerns.

That said, I gave quite different advice to both parents. Renee knew the parents of the boy who was drinking quite well – they attended the same social functions, watched their sons play sport together and the like. To my mind, she had no choice, the boy was 14 and drinking to excess and her son had been put into a compromising situation having to look after him when he was intoxicated. If she handled it correctly, there was a good chance that letting the other mother know about her son’s alcohol use would be received without any problem (in fact, she was likely to be thanked for the information). On the other hand, Natalie had no relationship with her daughter’s friends or their parents. Simply ‘cold-calling’ a mother and letting her know that her 15-year-old daughter was taking ecstasy was unlikely to work out well for anybody … Natalie also needed to consider her daughter’s position in her new peer group (although by the sound of it I think Marissa was having second thoughts about who she was hanging out with) and how going into this situation without carefully thinking it through could be devastating for her daughter and potentially have long-term consequences for their future relationship. That said, if she believed that Marissa’s friends were truly ‘at-risk’, she would need to intervene. If she didn’t and a tragedy occurred, she would never forgive herself. Natalie had a really tough decision to make …

As I say to any parent in this situation, what I said to both mothers was that if they did decide to say something they needed to consider the following:

When I am in a school I have a duty of care – a legal duty to take reasonable care to ensure that those that attend my presentations aren’t at risk of harm. If a young person indicates in some way, or tells me something that suggests they are at risk, I can’t ignore it – I must inform the school about my concerns. I make this clear at the beginning of every session I present in a school and if a child approaches me with stories about friends who they are worried about, I inform them that I cannot keep secrets – if someone is at risk, I will have to tell someone. In all my years of presenting in a school I have never had a child walk away at that point – if they are genuinely concerned, at that point, they just want to tell someone.

I believe it’s the same with a child and a parent – if your son or daughter has made the decision to tell you about a friend’s drinking or drug use and it is based on genuine concern, it is usually a cry for help. Like Natalie in the story above, one of the biggest mistakes that a parent can make is when a teen starts a conversation with “You mustn’t tell anyone what I’m about to tell you – do you promise?” and then agree to the conditions! A parent should never agree to that – a child has to understand that there are some things that simply can never be kept secret. If there is a risk of someone being hurt in some way, you cannot ignore it and any promises made around confidentiality will have to be broken. Break a promise made to your teen and it’s likely you will never be allowed to forget it. The best way to avoid that happening is to simply not make those kind of promises in the first place – in reality they’re impossible to keep and end up getting you into all sorts of trouble.

Telling your child that you can’t always keep secrets is also most probably the best way of filtering out drama and ‘paybacks’. Here are a few great responses to “You mustn’t tell anyone what I’m about to tell you – do you promise?” that you could possibly use:

Of course there are secrets you keep with your son or daughter (that’s part of a warm and connected relationship) but information about potentially dangerous behaviour of their friends simply can’t be kept private. Imagine if you had been privy to information about a teen, never shared it and then something terrible had happened to that young person. I can guarantee you would never forgive yourself as a result …