Our Year 10 Science students have been learning about the electric waves produced by our brains. To measure their brainwaves, the girls have been using small patches and electrical conductors which they place on a certain spot of their scalp. By placing the patches on their scalp, they can detect the activity produced by functioning neurons within the cerebral cortex. This looks just as intimidating as it sounds!

As part of their research, the girls have been monitoring the frequency of particular brain waves. They found that depending on a persons’ mental state, their brain will produce a different frequency of brain waves.

The next task for the girls was to test different relaxation techniques, to try to slow their peer’s brain wave cycles. Students tested the difference between genres of music; some choosing generic pop and while others played soothing classical.
Science teacher, Joanne Priest said, “Another variable the girls tested was different types of tea. Chamomile, green tea, and black tea, all with different levels of caffeine were drank 20 minutes prior to the test.”
“Finally, the girls tested the difference between lying down with their eyes closed, versus sitting up straight and then completing a puzzle with their eyes open, versus staring at a blank wall.”, said Joanne. 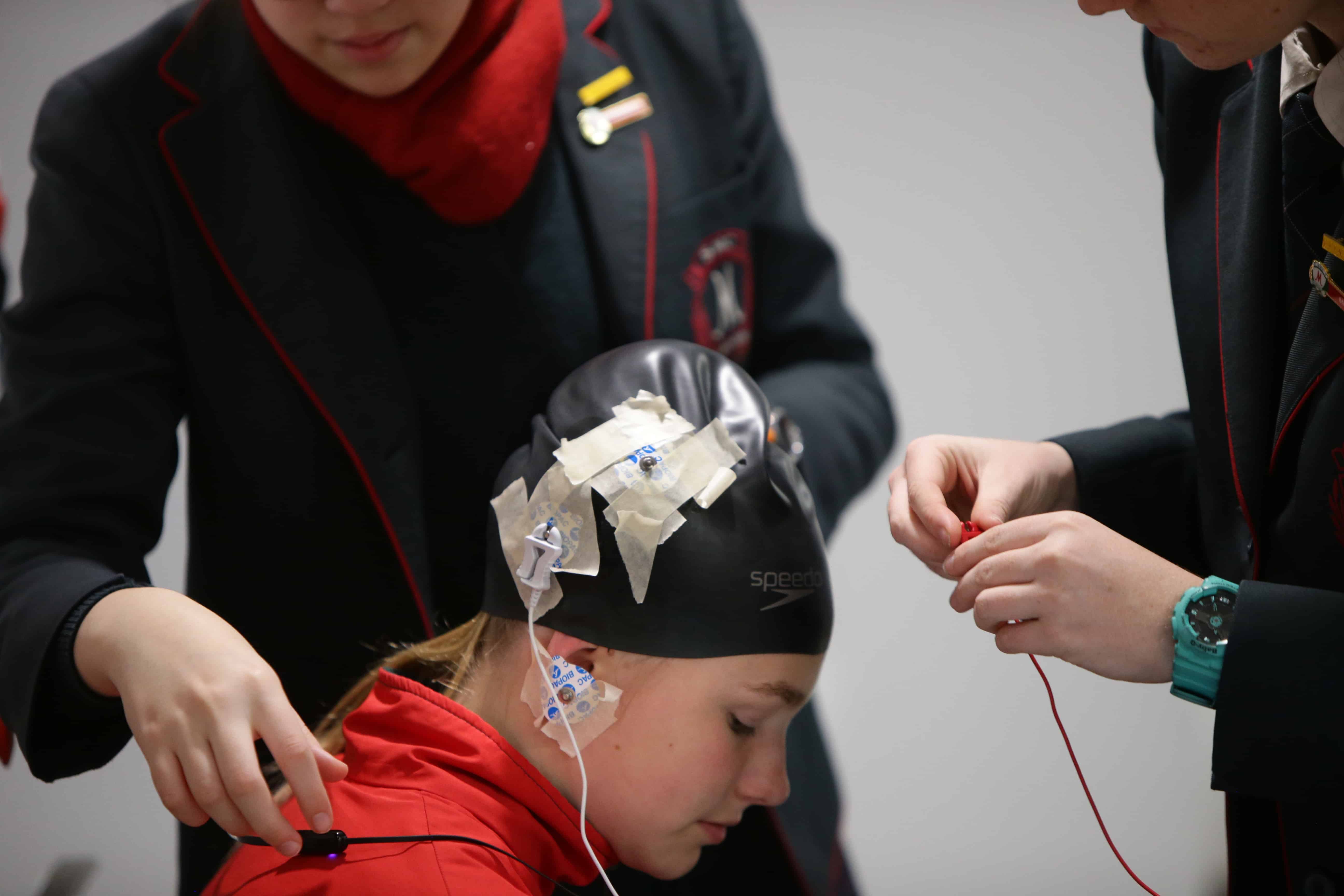 So far, their research has had some interesting outcomes. The students have found that the more relaxed a person is, the stronger their alpha brain waves become. A highly active and engaged brain will produce waves that range from 15 to 40 cycles a second. Whilst a relaxed brain will only produce 5-8 cycles a second.

The results of their investigation will be displayed on scientific posters, which should be finished in Week 9.

The girls were excited to use such advanced equipment, which will give them valuable insights and hopefully inspire them to carry on their research in the future.