Year 7s Head to the Zoo 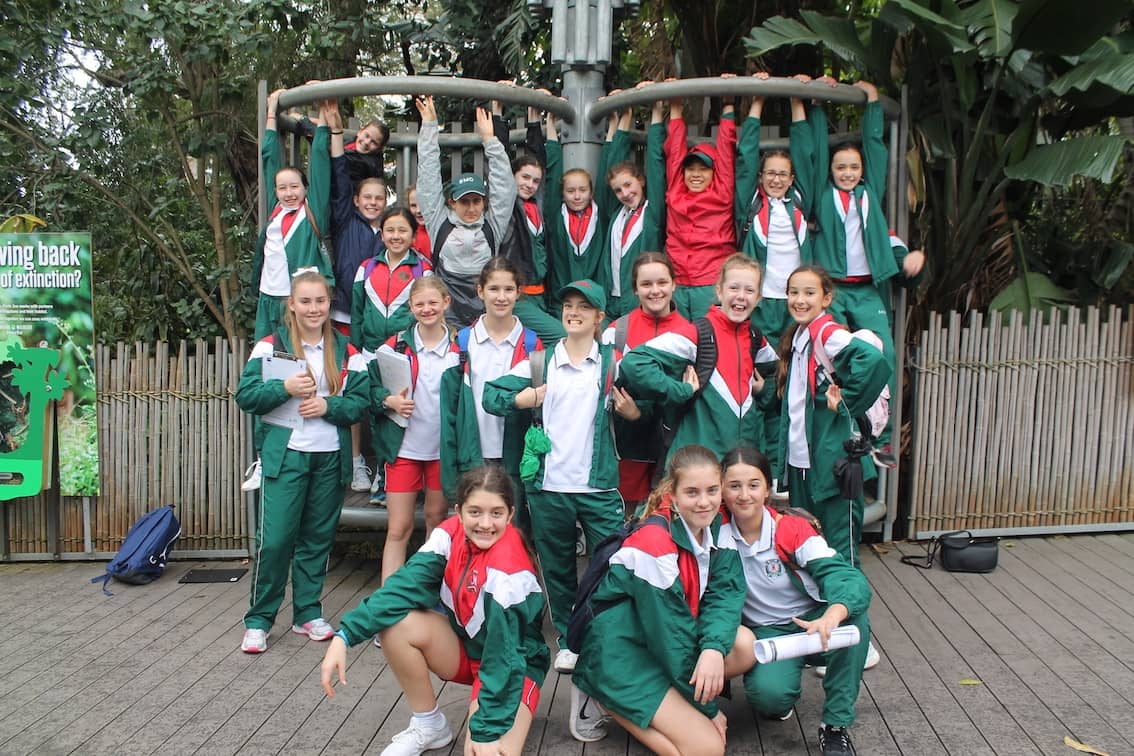 “The first animals we saw during our zoo excursion were the elephants. There were two elephants in the enclosure with two zoo keepers. During the excursion we were required to fill out worksheets noting what the animals ate. After the elephants, we saw the gibbons. They mostly swung around the top of the enclosure and then rested. As we watched them we filled out a chart in our workbook on what they do in a three-minute period.

“On the way around the zoo, we went to the Australian Bushwalk where we visited the koalas and kangaroos, we saw emus, crocodiles, turtles and more. We quickly went to the African Safari where we saw zebras and giraffes. Unfortunately, we couldn’t see a lot of the African safari because some of it was closed off. We saw the African painted dog and we think they’d recently had pups! Then we popped into the nocturnal house. There were lots of frogs, bats etc.

After lunch, we went to the reptile encounter. This was a big room with lots of snakes and lizards. There were all different sized snakes. They also had the world’s longest snake.” Sienna McMaster