The Year 8 girls competed in the RoboCup Junior WA State Competition on Friday 3 and Saturday 4 August at Curtin Stadium. This event is solely run by volunteers and is operated by Scitech in partnership with Rio Tinto and supported by Curtin University. RoboCup Junior is a project-oriented educational initiative that focuses on education as well as to foster Artificial Intelligence (AI) and robotic research.

It is a competition for primary and high school students to build and program robots using Science, Technology, Engineering and Maths (STEM) that is designed for students who love robotics.

There are three categories students can enter and they consist of very different programming and skills. One is the On-Stage performance where a dance routine is needed, second is a rescue mission the robot needs to complete and third is a soccer match the robot competes in.

Lauren Winship said it’s “not just about the competition but about collaborating with the other teams and getting advice from others advanced in robotics and meeting new people who enjoy robotics as much as they do”.

In preparation for the competition, the girls had to plan, and build robots using Lego Mindstorms Ev3 Robotics kits and were challenged to make complex robots to express a theme in performance. The theme that the girls chose to do was ‘Circus’ and created robots including a ringmaster, clown, lion, trapeze artists and a monkey going across a tightrope on a unicycle. The girls spent three months preparing and an average of six hours a week plus an entire week in the school holidays to perfect their routine “We can truly say we spent a lot of time on it” said Niamh Smithies.

Over the duration of the two days, the girls not only had to perform their routine but also undergo an interview with two judges before they could perform. Some of the questions included the capabilities of the robots, what the programming was, how they built the robots and what they did and if they used any touch and ultrasonic sensors.

The Year 8 team consisting of Abbey Young, Abbey Winship, Lauren Winship, Claudia Cirocco and Niamh Smithies. came first in the competition, while the Year 7 team of Sophia Marra and Sophie Muir came third;  a fantastic result for the girls. 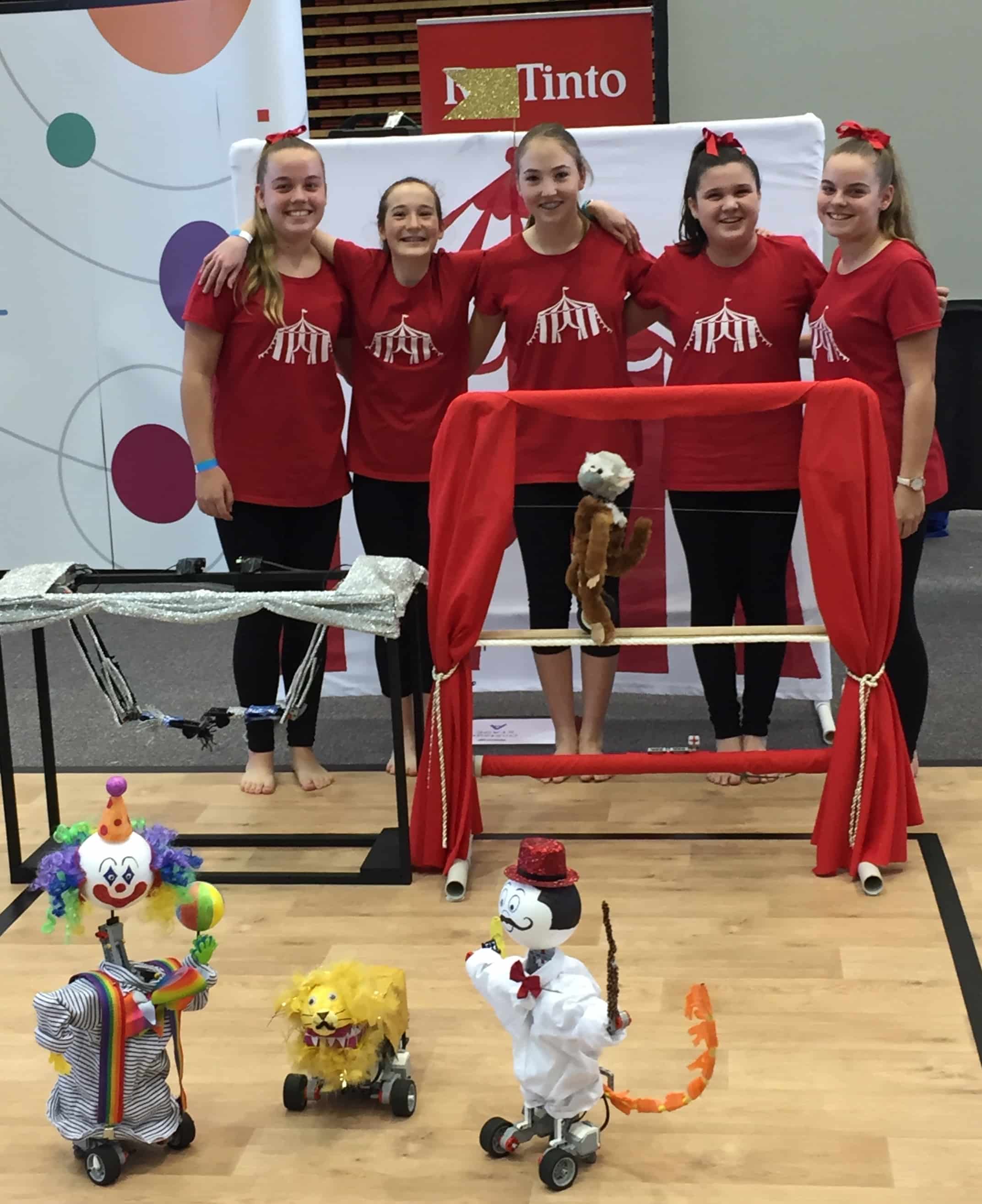