Young Vinnies are a Santa Maria co-curricular group that falls under the heading of Service. Students can choose from a range of groups from academic, service, sporting and the arts.

Last week our Young Vinnies leaders coordinated a student-run reflection afternoon for the group. We asked leaders Kate Miller and Bridget Davis about the group.

What is Young Vinnies and what does this group do?
The Young Vinnies co-curricular group offers an opportunity for students from Years 7 to 12 to fundraise and advocate for various social justice issues. This term, Vinnies have focussed on the issue of homelessness. We donated pyjamas to the winter appeal and reflected upon the harsh reality of homelessness in Australia. 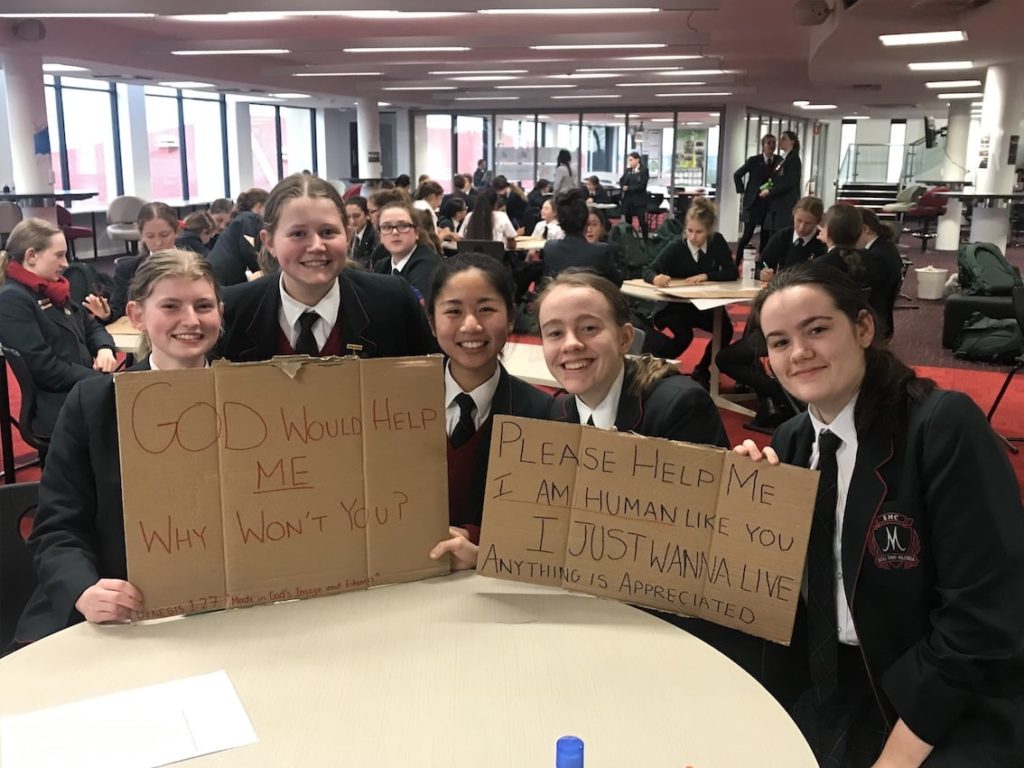 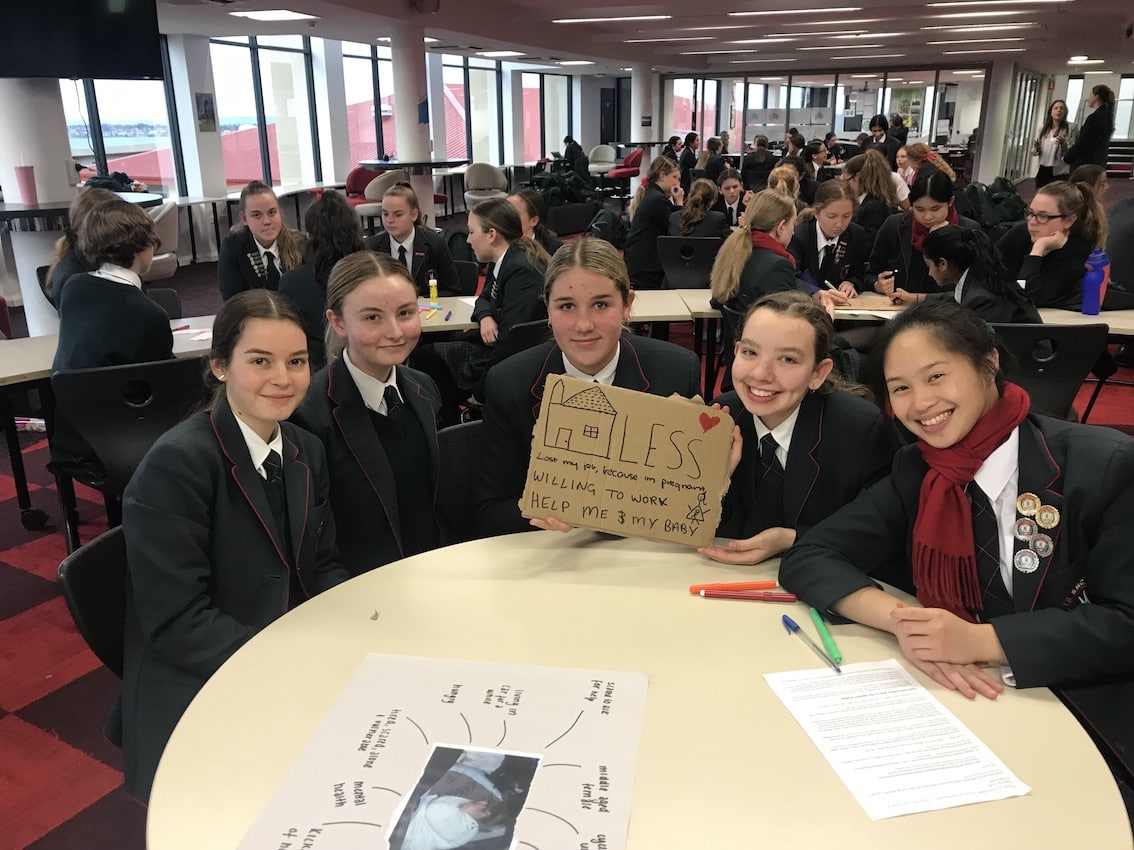 Tell us a little about the Afternoon?
We had around ninety girls attend the afternoon, ranging from Years 7 to 12. We began the afternoon with a video that was intended to prompt the girls to consider how there are multiple sides and perspectives to each story, alongside how just the smallest act of service can have a lasting impact of people. Leading on from this, the girls formed groups where they were each given a picture of a homeless person and had to brainstorm about the following:

The girls then compared their responses to an example of a person’s real-life experience and reflected upon whether their assumptions were accurate. The final activity was to create a cardboard poster they would use if they were homeless. The activity was a creative way for the girls to explore further the feelings of  homelessness. 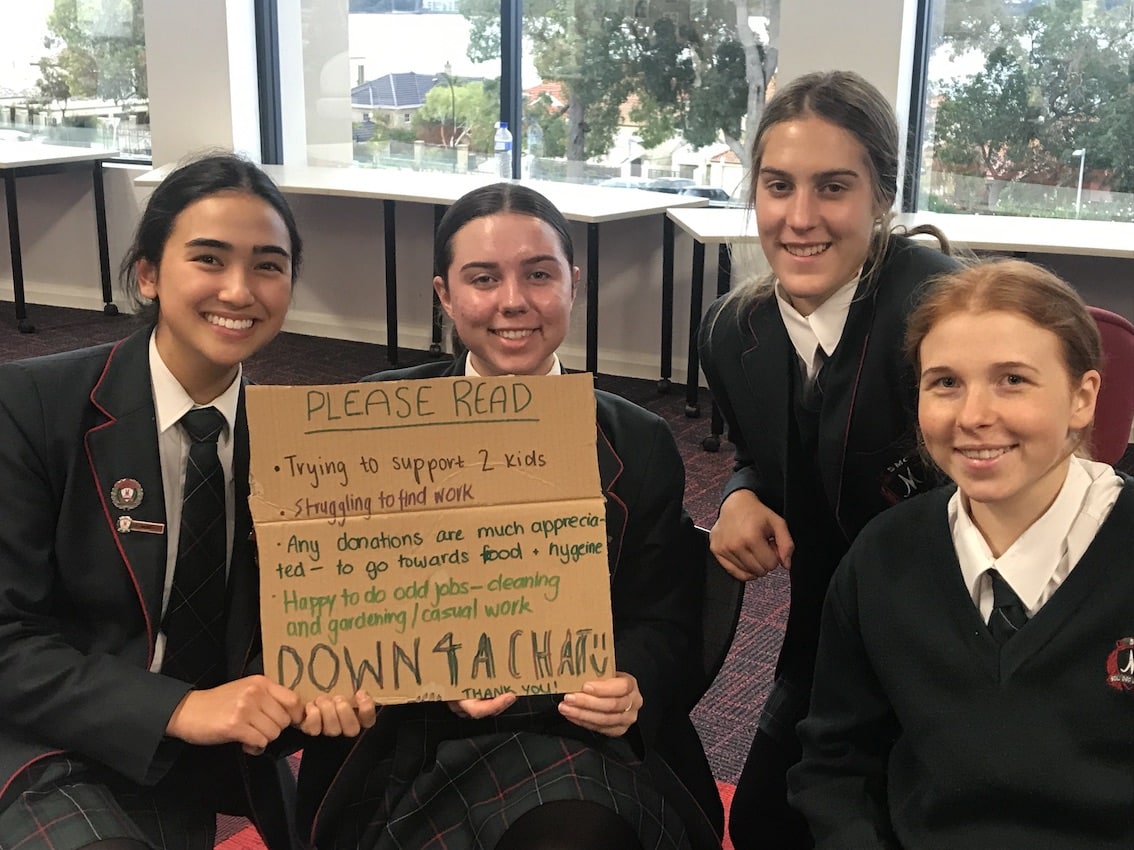 How long have you been a member of Vinnies?
Bridget and I have both been Vinnies members since Year 8 and took on a leadership position in Year 10. 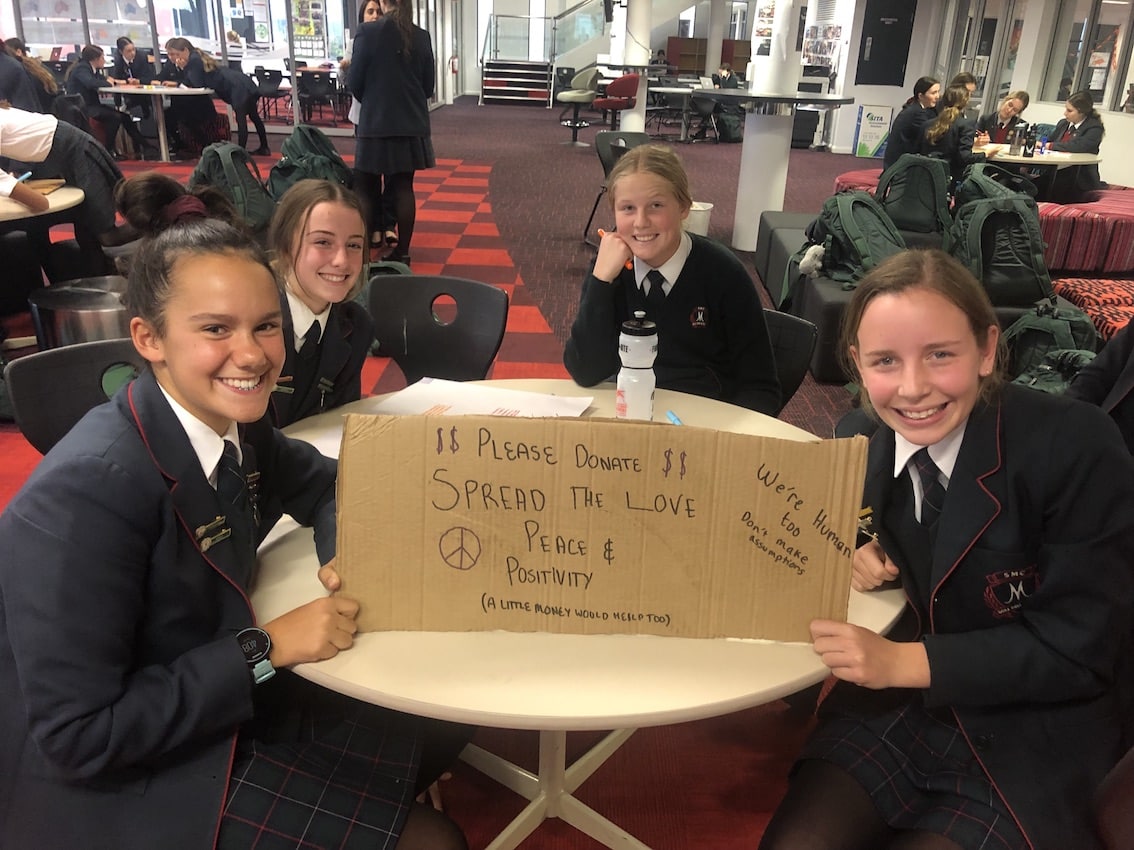 Why did you choose to be involved in this group?
We chose to be a part of the Vinnies co-curricular group to do our part in learning about current social justice issues and help to alleviate the suffering of those affected by these issues. 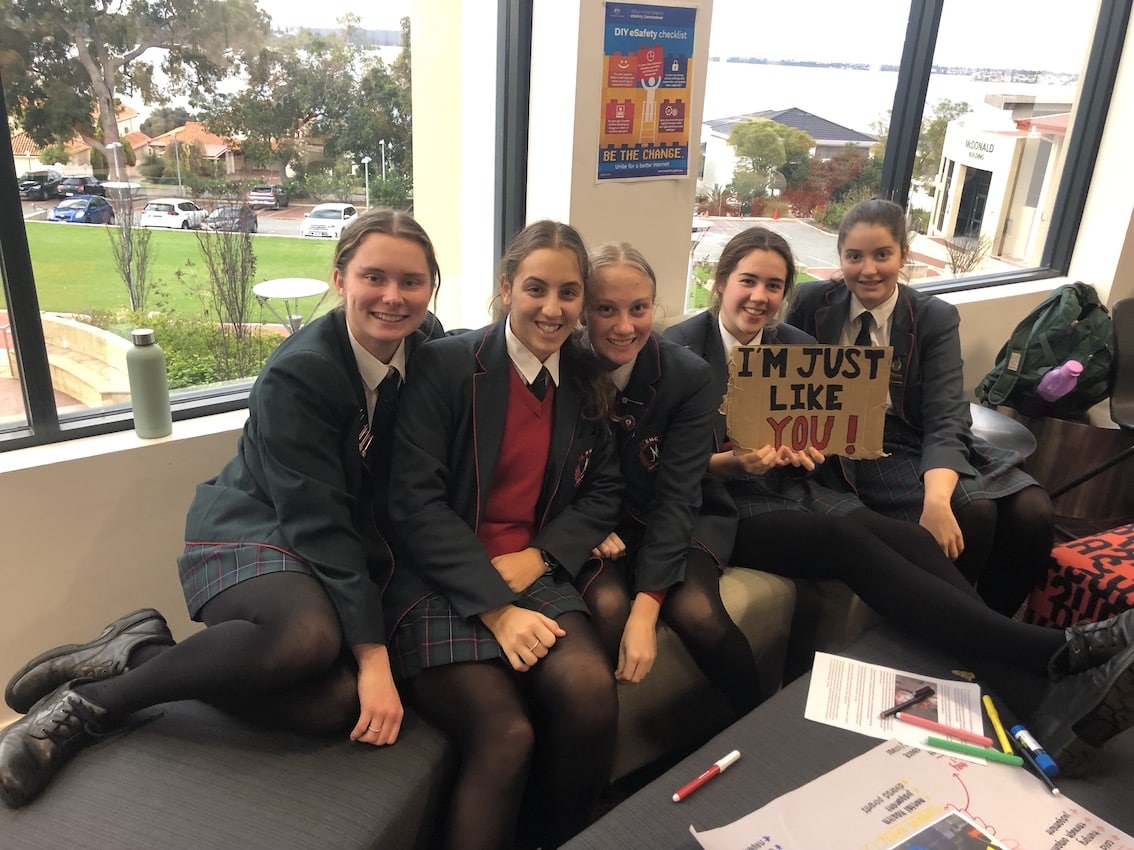 As Leaders of Young Vinnies, what do you hope to achieve in your final year in the group?
We are aiming to bring further attention to issues of social justice in our community and invite the girls to consider how they can take action in their community. Additionally, through donations collected throughout the year from the group, we seek to support outreach organisations and institutions such as St Vincent de Paul Society and Thornlie Primary School. So far, we have been making our fortnightly meetings more interactive by having quizzes, discussions and kahoots in order to engage the Vinnies group in a thoughtful and entertaining way.