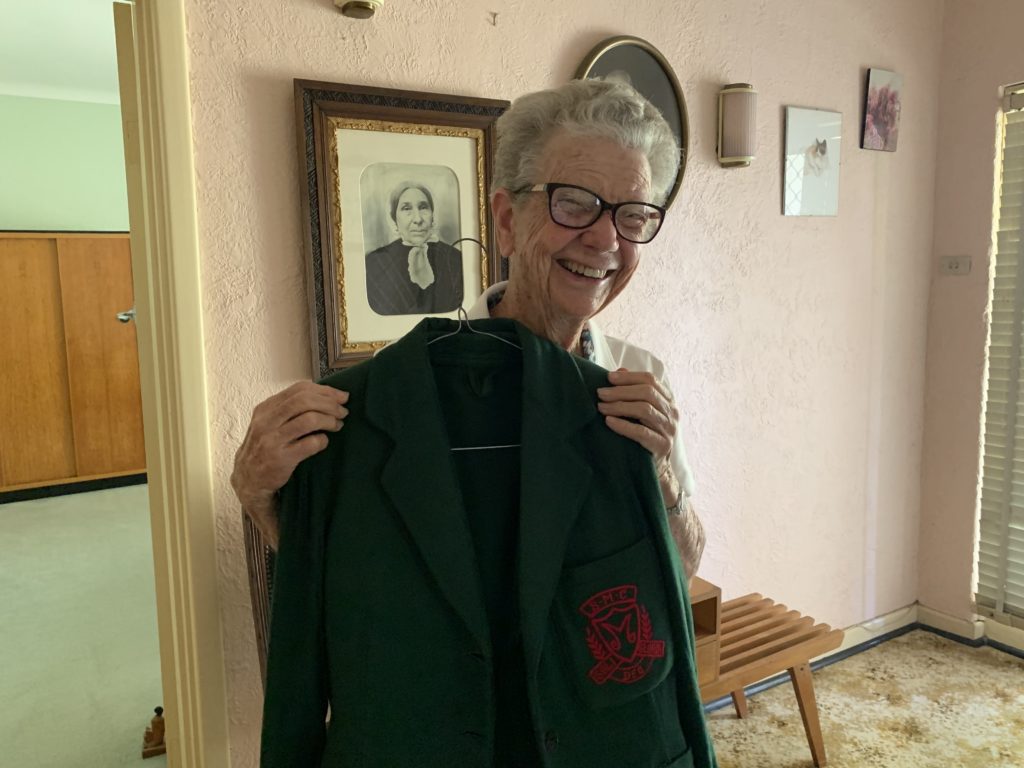 Maureen Thomas (Lawrance) attended Santa Maria College boarding from 1948 – 1950. She completed Years 11 and 12 and then an extra year, 1951,  to pursue her talents in speech and music. Talking to Maureen about her years at Santa Maria College, it is amazing to see how college life has changed.

Maureen has memories of walking from Santa Maria College down through the bush to Point Walter to enjoy the river and the horses that were there. She also remembers walking the ‘Mile’ to get to Canning Highway to catch the bus whenever boarding students ever wanted to get anywhere.

Maureen began her schooling life boarding from the age of six in Toodyay Convent before attending Santa Maria College.  Maureen wanted to continue her interest in speech and pursue a career in Speech Pathology, but this was not within her family’s financial reach. At the time, you needed to relocate to Adelaide to study Speech Pathology. So she became a teacher.

After 60 years in her current home, Maree is moving. While decluttering she came across her old Santa Maria College school blazer. At that time, it had to be worn regardless of weather conditions year-round.

Thanks to Maureen and Eileen for generously donating their school blazers to the College and we look forward to their continued involvement in the alumni community.