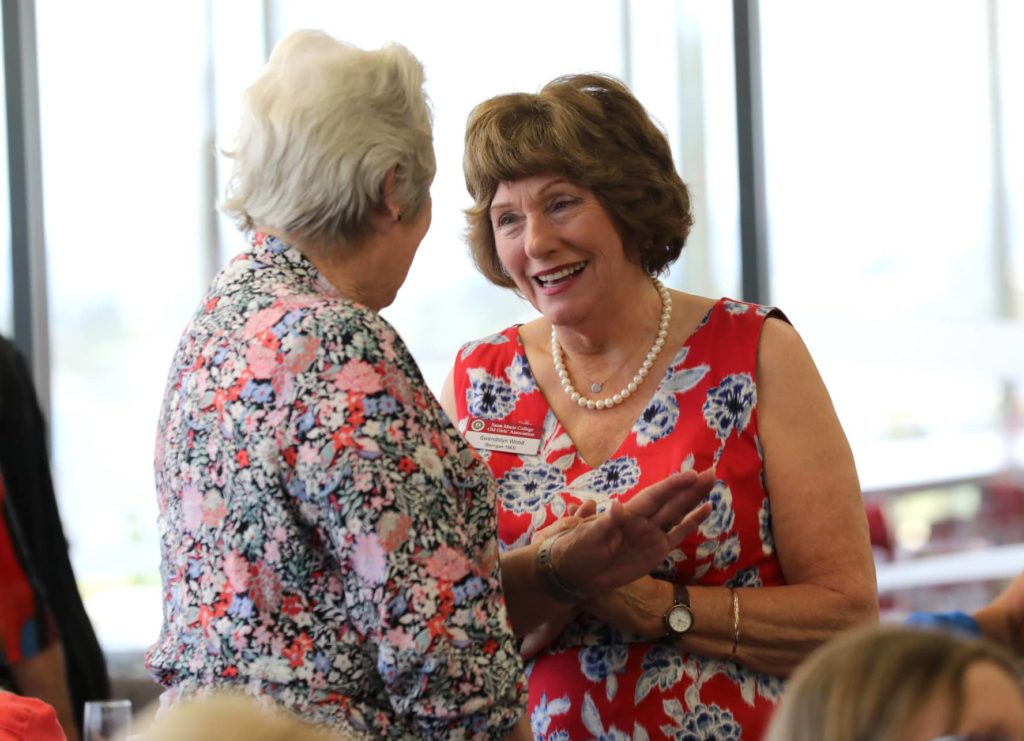 What has been your journey since leaving Santa Maria College?

It has been a packed life since leaving the College 57 years ago. When I left, being an original Baby Boomer, there were thousands of us leaving school and entering the workforce or higher education at the same time. I don’t believe the university (just one of them) or industry, was ready for us all! So there was a crush!

I worked for the Red Cross for a while, doing publicity work; editing a newspaper; running a youth group; speaking on the radio; and doing other promotional work. I then went to UWA for a year, left for a while, and worked for the Commonwealth as an Industrial and Employment Officer, and married. I later returned to University and completed my degree (double major Education/Psychology).

Whilst a young mum of three, I commenced a playgroup in the northern suburbs which was very successful, I was a Parish Counsellor, on the board of the local recreation centre, and generally kept busy. I had my fourth child, and later was offered work at a TAFE College to lecture in Economics. From there I became a Program Manager of a large department and was 10 years with TAFE. I left to work for the Health Department as Privacy Officer in State Government, then a Manager in Contracts, there for 18 years, retiring in 2014.

In 2006 I reconnected with Santa Maria, joining the reinvigorated Old Girls’ Committee, a very enjoyable association. I was President of the OGA Committee from 2008 – 2011 and am currently Treasurer.

Along with my enduring association with Santa, I am chair of a board of another Catholic organisation, and I try to keep in touch with my 1963 Santa classmates, all wonderful women.

My four children: Louise, David, Alison and Anita, are all married. I enjoy walking, some travel with my husband Graham, and most of all, grand times with family, especially my nine grandchildren.

I love coming back to Santa Maria and meeting up with friends, and that is why I particularly enjoy the Golden Girls Luncheon.

What has been a highlight along the way?

My husband and I took our children on a tour of Europe and the UK in 1985. We were away for four months, and had a great time, especially visiting my sister Frances Berrigan (Class of 1961) in London. Attending our children’s high moments – graduations, weddings, births of grandchildren, have been momentous.

What is one of your fondest memories from your time at Santa Maria College?

Sunday afternoons on the Figure 8 at the front of the College. It was always lovely there. The retreats were extremely restful and interesting, I loved the school dances in the (now demolished) hall, competing in Eisteddfods,  taking in wonderful musical plays such as My Fair Lady (Pygmalian with Music was the official title), and impromptu dancing in the hall after Sunday evening supper.