Year 11 General Religion & Life students are currently studying the issue of refugees in Australia. Their learning was enriched this week by listening to the experiences of Farzad Mousavi. Farzad and his dad have struggled for many years to have their application as a refugee granted, and currently hold bridging visas while their cases are before the courts.

Farzad and his dad fled their birth country of Iran more than 11 years ago for fear of political persecution. Since leaving Iran, they have faced one hurdle after another in their fight to be recognised as refugees.

The students listened to his story and asked questions as he explained the intricacies of the Federal court system, life in detention centres, and the difficulties of adapting to a new way of life.

Farzad began a Law/Marketing degree at Notre Dame University, with the support of the university on a full Humanitarian Scholarship. However, he has not had the opportunity to continue his studies as the government has revoked his right to study. Farzard is currently working as a barber.  His case will shortly come before the courts once more and he is unsure of the outcome.

“Returning to Iran is not an option,” he said, “my safety cannot be guaranteed. Many who are returned disappear.”

Students were deeply moved by his story and are eager to put their learning into action. They are keen to have more conversations with others around the issue, raise awareness, and advocate for refugees and their right to seek asylum. 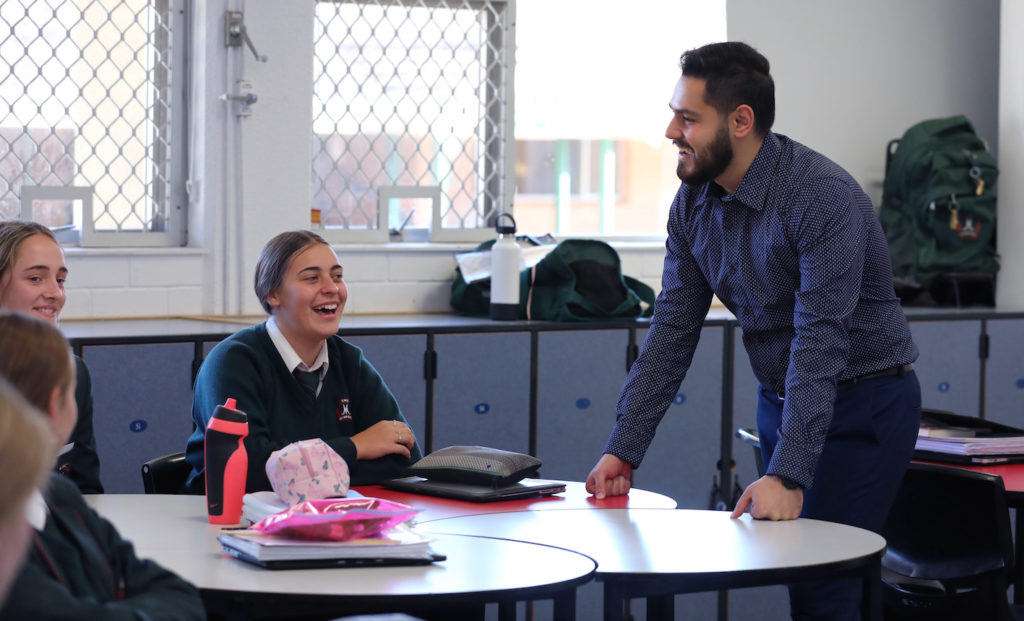 The information that Farzad shared was really moving and eye-opening, and I left his presentation wanting to share his story with everyone around me.

I found Farzad’s story very emotional. It made me sad to hear what Farzad and his family had to go through just to seek a safer life away from their own much-loved country. It also made me realise how lucky we are here in Australia.

I was very grateful to hear Farzad’s story as now I want to take action in regard to this social justice issue. I don’t think it is right and just that families seeking asylum have to experience such a journey.  I hope to find something I can do to help people in these situations.

It was great to hear from Farzad and that the Church became involved with his case, particularly the Sisters of Mercy who helped while they were in detention and then when they were looking for a school to attend in Perth. Both Farzad and his sister did very well at school and were both awarded humanitarian scholarships at the University of Notre Dame.