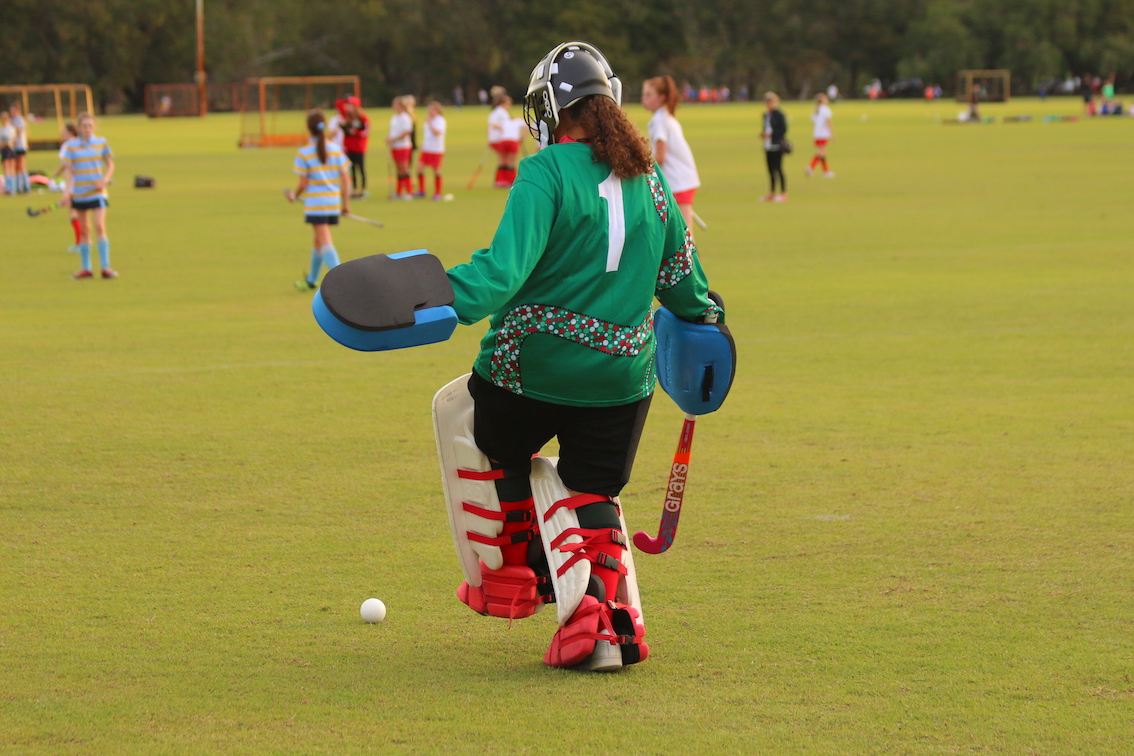 For netball, this is identified by using a ball specially designed for this round, with the colours of the Aboriginal Flag decorating the ball (as seen in the pictures). According to the designer of this flag, Harold Thomas, the meanings of the three colours in the flag are:

For Hockey, this is identified by the goalie of each team wearing a unique goalie smock for their school. At Santa Maria, our goalie smock is green, with a snake wrapping around in the traditional dot painting technique. This design was chosen as part of a competition held within art classes at the College in 2016.

Significantly this round coincides with the Sir Doug Nicholls Round in the AFL, as well as the National Sorry Day held on the 26 May every year, and celebrated at the College on Friday 24 May.

We feel these simple acts of using a special ball and smock is a small way of recognising the contribution of the Aboriginal and Torres Strait Islander People to the culture of Australia.