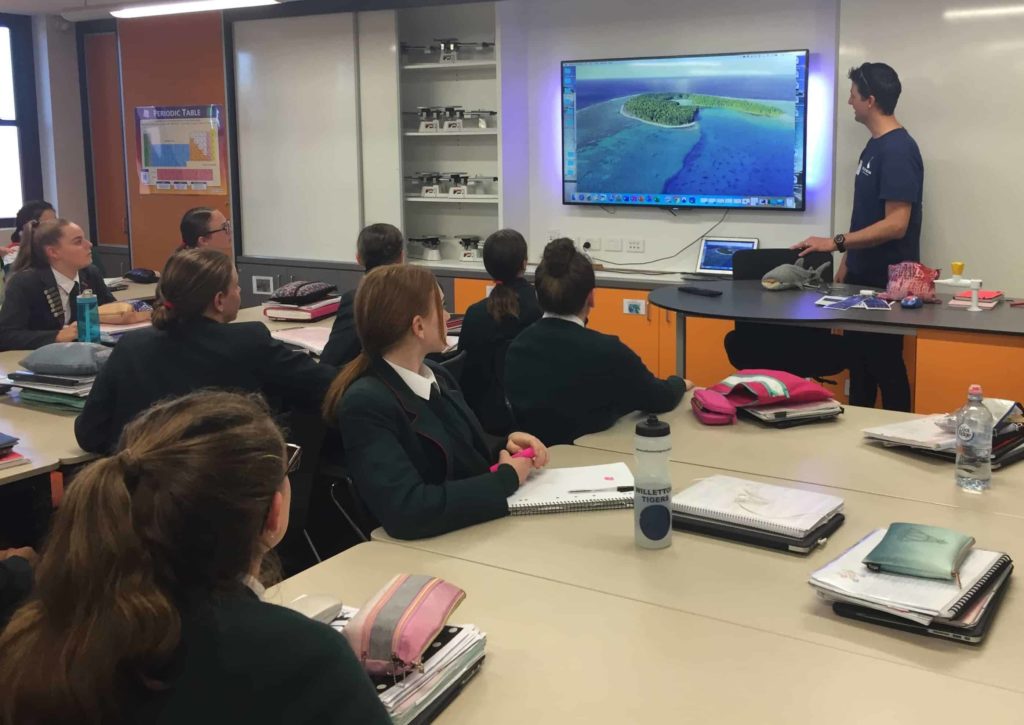 The Year 9 Marine Science students were provided with a very informative talk from Sonny Lewis from Ecocean on Monday. Sonny is studying Coastal and Marine Science at Curtin University and he is part of the new Student Ambassadors Team.

Sonny has been a volunteer with Ecocean for a few years. He is Ecocean’s engineer, skipper and has been involved in many research expeditions with the organisation. In his presentation to the girls, he focused mainly on his research and work with whale sharks.

He shared one project where he was involved with the monitoring and protection of a whale shark named Gulliver that had got itself trapped in a coral atoll in a very remote area called Nukunonu Atoll in Tokelau Islands. Tokelau is a dependent territory of New Zealand in the southern Pacific Ocean.

Some of the questions Sonny and the team are trying to answer about whale sharks include:

Sonny also talked about the identification and tagging processes used to monitor whale sharks. It was an informative and engaging presentation and the girls benefitted greatly from this experience.