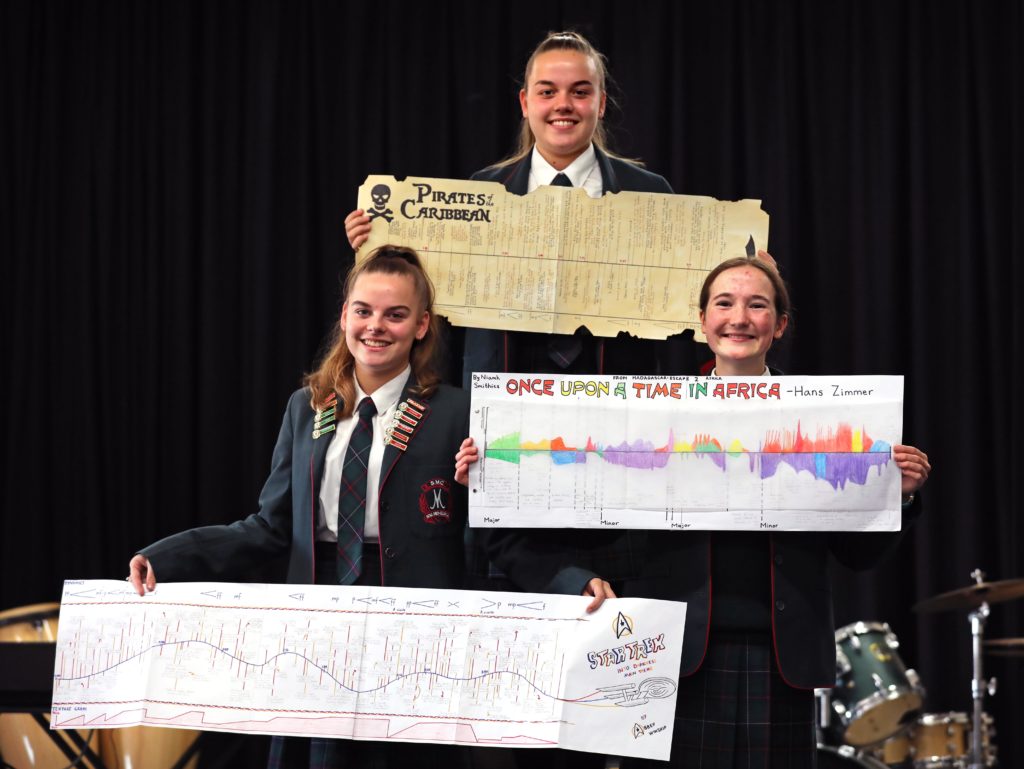 What is your favourite piece of film music, that big orchestral sound that brings your Saturday night movie to life?

The Year 10 Music class recently chose their favourite piece of film music and created a timeline analysis of the composition from just listening to it!  Music from Pirates of the Caribbean, Madagascar and Star Trek are seen in the projects by Lauren Winship, Abbey Winship and Niamh Smithies.

Here is what the girls said about music in film and what they learnt from completing this project. 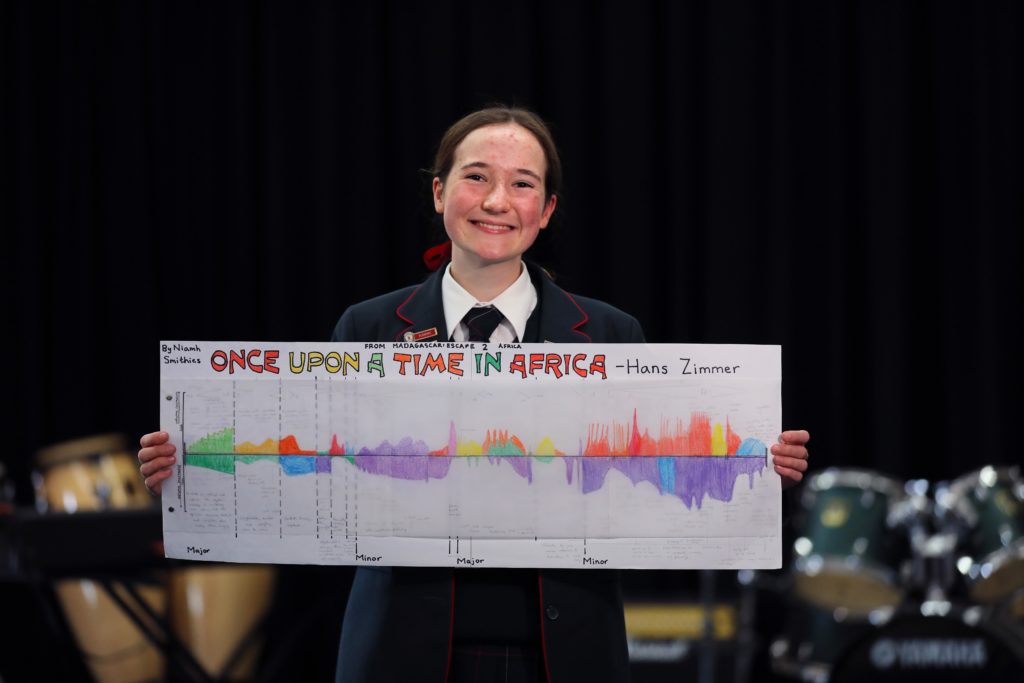 After completing this task, I feel as though I will never have to watch a movie again; I just need to listen to the soundtrack!

The music tells so much, that, after learning how to analyse it properly, I can make out many details and take in the storyline without having to watch it. In fact (though the exact audio and visual details aren’t perfectly clear) the emotions and themes expressed can be more listened too than watched.

Whenever I watch a movie from now on, I will be able to tune in to the music score to add to my understanding of the film. 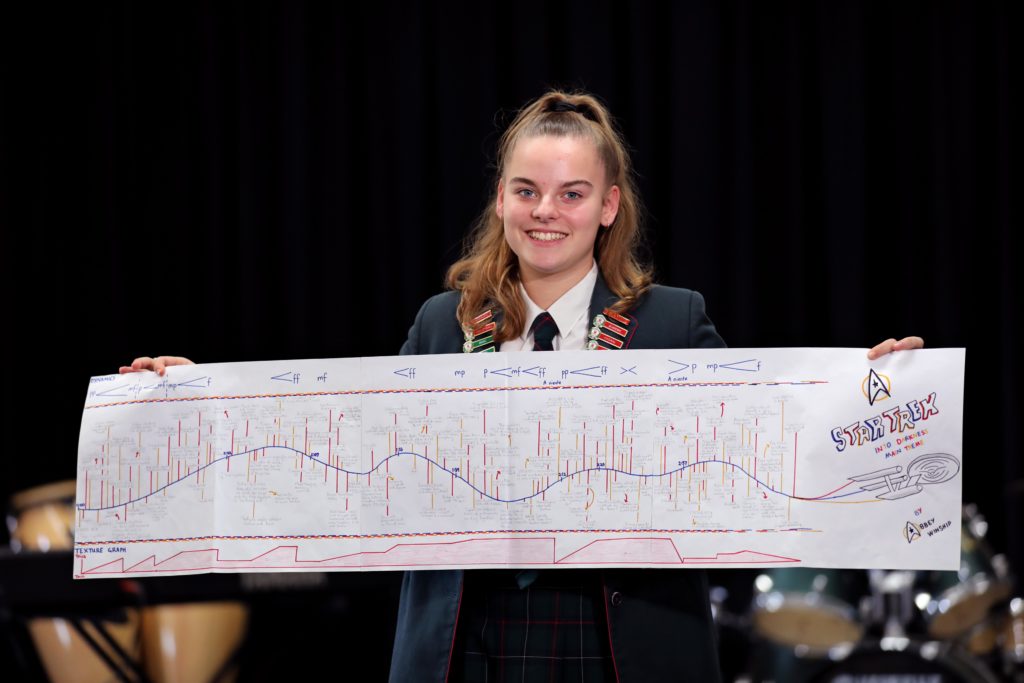 After completing this task about music in film, I have become more aware of the resounding effect music can have on an audience and the emotions soundtracks can convey.

I think that music is an important part of everyday life and can be an avenue for many to channel their creativity, so it is no wonder that music in films channel such deep thoughts and emotions.

Movies such as Avengers or Star Wars would, in my opinion, be half as impressive without an orchestral soundtrack amplifying the key themes of the film.

Through completing this music film analysis project, I have definitely gained a deeper awareness of the impact music can have on viewers and how music can heighten filmic aspects. 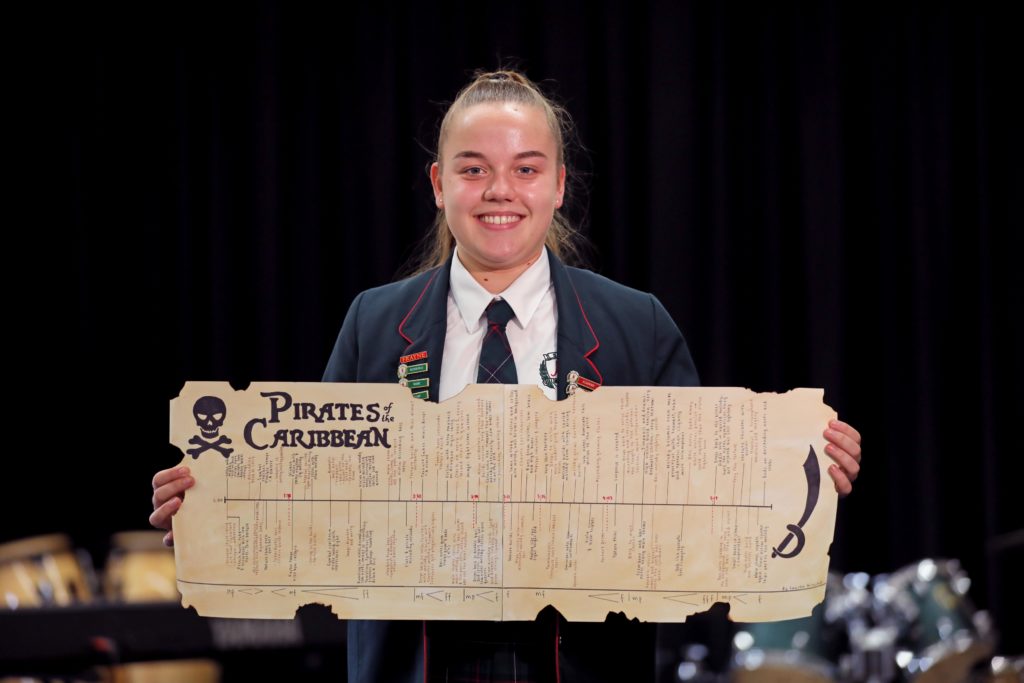 Completing this task has made me realise just how important Music is in film!

Music complements the emotion of a scene and provides the viewer with cues as to how they are positioned to respond.

Not only does music relate to emotion, but it captures the audience’s attention and makes any film iconic and memorable.

Since analysing a film soundtrack, every time I watch a movie I am drawn even more to the music and can’t help thinking about how much of an important role Music plays in film.