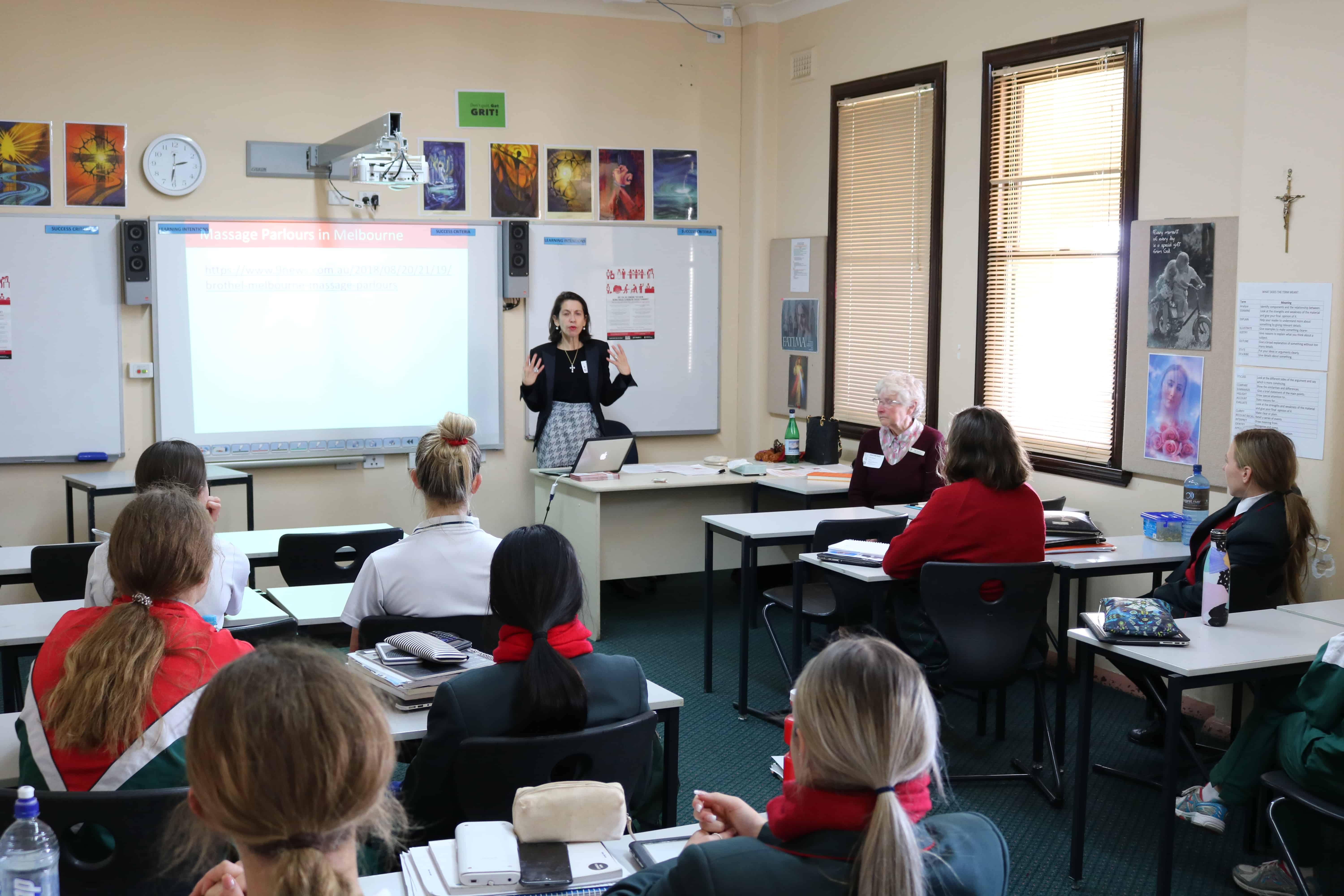 ACRATH is a registered charity that aims to stop human trafficking and the harms that it causes in Australia and the Asia-Pacific region.

As stated by Sister Kaye, ACRATH is “trying to break the cycle of human trafficking through raising awareness and working with the government”.

Throughout the course of the term, the girls have been learning about the history of slavery, as well as ‘the modern-day-slave-trade’. They’ve focused on different forms of human trafficking, including forced labour, child labour, and sexual servitude.

Rosa and Sister Kaye talked extensively on modern-day forced labour, presenting the example of Jetstar, who in 2012 were found to be paying their foreign workers half the wage of that of Australian workers. The girls were shocked by this finding.

We thank ACRATH for taking the time to talk to our girls and solidify their knowledge of Australia’s human trafficking phenomenon!