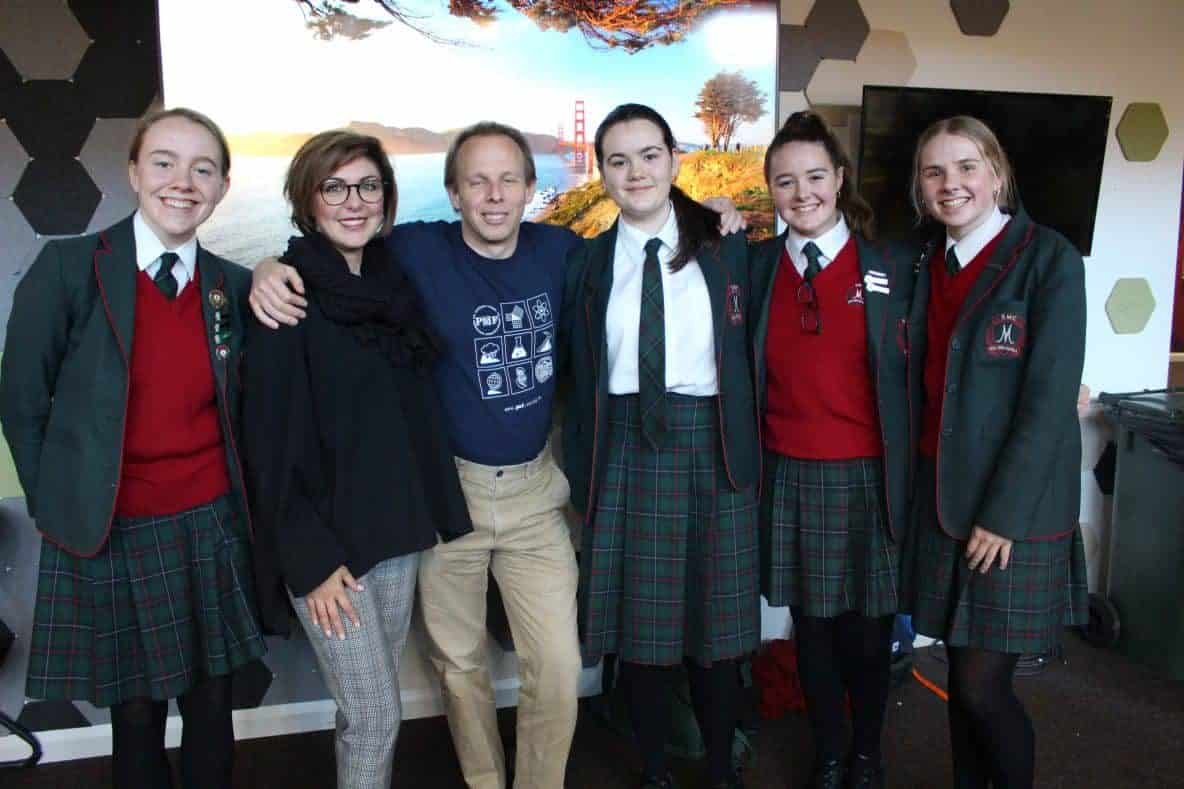 Dr Chris Smith is one of the best-known science personalities in the world, but you may not recognise his name. He is better known as, ‘The Naked Scientist’.

On Tuesday, Dr Smith was a guest at Santa Maria College. He spent the afternoon answering the science questions of Years 10, 11 and 12 students.

The girls asked excellent questions such as “Is antibiotic resistance a real problem?” “Can you get the flu twice?” “What happens to a body in space?” and even, “Given science today, is there such thing as a perfect crime?”

Smith is a medical consultant at Cambridge University. He is best known for his media work which aims to help the public understand and engage with science, technology, and medicine.

He established The Naked Scientists which is an organisation of scientists, doctors, and communicators who share his passion for ongoing education.

The Naked Scientists is also the name of Smith’s ground-breaking podcast, one of the first in the world. It has had 50 million downloads over five years. Since then, he and his colleagues have developed a number of spin-off podcasts in different areas of science. 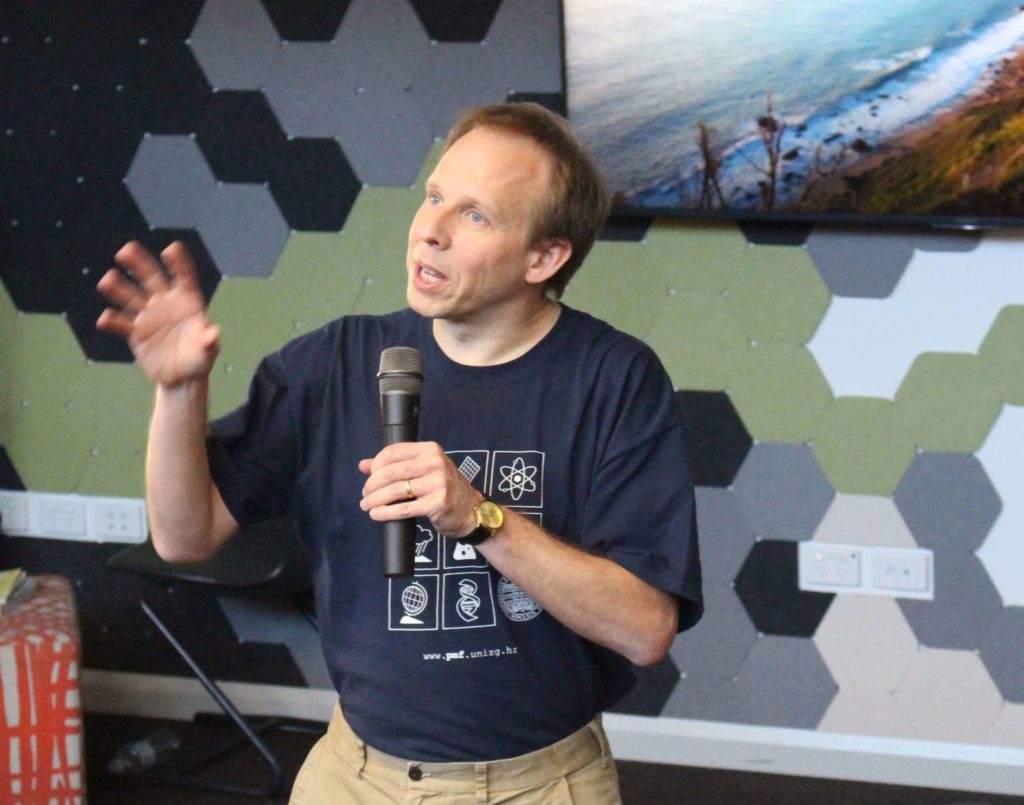 Dr Smith has been part of the Murdoch University science outreach program every year since 2015. Each year he spends three weeks in Perth visiting schools and bringing his enthusiasm for science to school students.

He says, “The purpose of the school visits is to give kids a taste of science outside of the constraints of curriculum and testing. We allow kids an opportunity to ask questions that really interest them.”

“Being young and relatively ‘unschooled’ they ask questions that adults wouldn’t think of. They ask really interesting questions.”

The aim of the outreach program is to encourage students to imagine a career in science and to promote science at Murdoch University. Dr Smith was joined by Dr Paola Magni, one of only 250 forensic entomologists in the world and lecturer at Murdoch.

The visit to Santa Maria College was a great lead up to National Science Week, 10 – 18 August.  This year’s theme is Destination Moon to celebrate the 50th anniversary of the moon landing.

Chris Smith has published four books, including best-seller ‘BOOM’ which has been published in multiple languages.