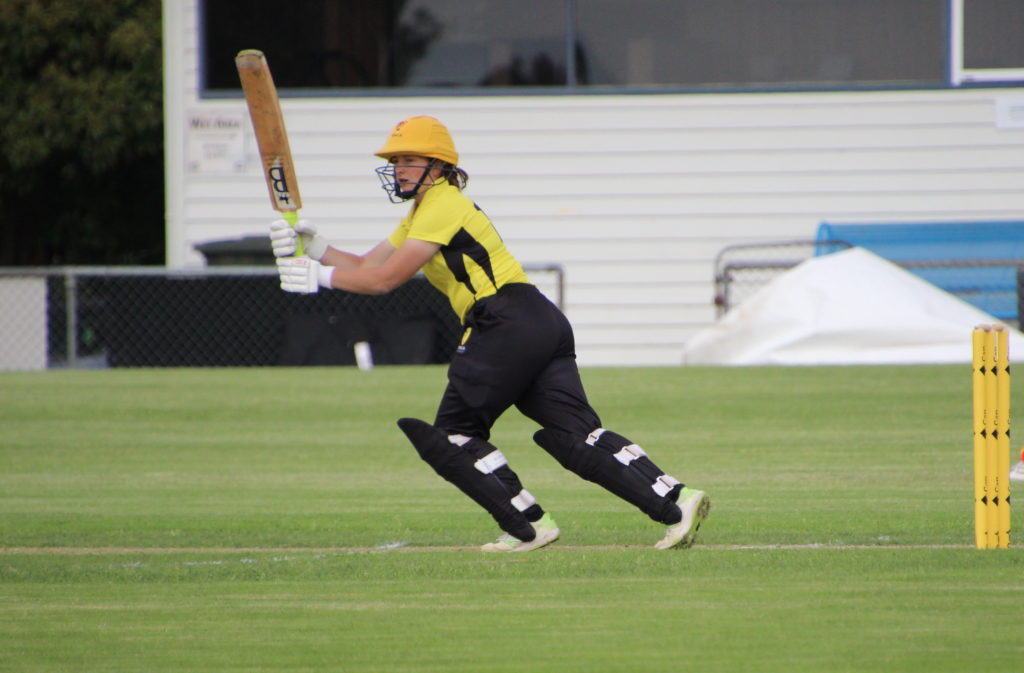 Year 11 student, Lauren Thompson represented Western Australia in the Under 18s National Cricket Tournament in Tasmania earlier this year. She was also vice-captain of the team. We asked Lauren about her cricketing achievements.

How long have you been playing cricket?

I’ve been playing cricket for five seasons now and I have represented Western Australia every season.

What club do you play for?

I play for Melville Cricket Club at Tompkins. My dad is the head coach of the male team. I’ve been there all my life, from when I was one year old to now playing for them. To captaining the Youth League girls to a T20 premiership and being top of the table now for 40 overs.

What is your favourite position and why?

I prefer to bat as I love the challenge of the bowler running in trying to get you out and then scoring runs off then.

What was the process for you to be chosen to represent WA and how were you chosen to be vice-captain?

I started in the WA Winter Academy in June last year and trained there until around September. In August, I trialled for the 18s team and got in. After the Academy had finished, I was training with the 18s squad. There were three phases I had to go through. It started out with 18 girls and finished with 13. During the final phase, I was named vice-captain of the team (after being captain for the 15s last year). I think they were getting me into a leadership role as vice-captain so that next year or the year after I could be appointed captain.

How did WA go in the tournament?

WA did really well for what we were expected to do. We came 5th out of the 10 teams. We normally come in 8th or 9th. With the T20s we had a super over against NSW and if we had won that game, we had a chance to play in the Grand Final. We competed with every team and we were relentless with the way we played.

What was your favourite thing about representing WA in Tasmania?

Just being able to do what I love doing at a competitive level, with some of my best friends, is a great experience in itself and nothing can compare to that feeling and experience.  But one of the things I’ll never forget about this tournament was where we stayed at the University of Tasmania. The Brisbane Lion boys were there at the time and on our last night, before moving to Launceston, we played a massive game of backyard cricket with them and the NSW girls’ team.